Where do we want to cruise next? This is always a topic of conversation as we plan our yearly travels. Having cruised up and down the east coast for the past ten years, we are ready for a new adventure. The Bahamas are nice but to go further south down into the Carribean would present a real problem with our two Amazon parrots. We are not willing to leave them behind so this destination will have to wait. Alaska and the Pacific North West have always been a goal of ours. After a huge amount of research, we decide to make the leap and ship Idyll Time to Victoria, British Columbia this spring. This is a BIG decision for us. Traveling up and down the ICW has become routine. We know all of the marinas and anchorages, both good and bad. Cruising these waters has become relatively easy. The PNW will present many new challenges but sometimes it is good to be pushed outside your comfort zone. Life is too short to just sit on the sidelines and watch it go by. The new challenges will push us to become better boaters. Having made so many friends here on the east coast, it will be bittersweet to leave but I am sure we will make many new contacts in the PNW.

We flew out to Seattle in February for their annual boat show. 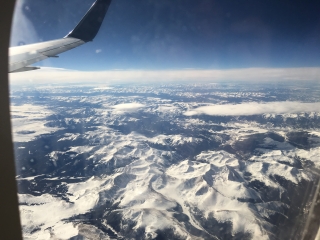 This show was recommenced to us for it’s series of seminars pertaining to cruising in Washington, British Columbia, and southeast Alaska. We attended 12 seminars for a total of 52 hours on both cruising and fishing these challenging waters. 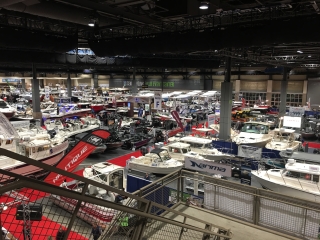 These seminars were very informative and we learned there is a lot we do not know. Cruising in the PNW is totally different than on the east coast. The main challenge will be learning about tides and currents. There are many passes which must be traversed only at slack tide. At other times some of these passes have up to 12 knots of current and standing waves of 8-10 feet. We don’t want to be caught there at the wrong time. We will be studying the many cruising guides purchased at the show over the next few months.

While in Seattle, we made a road trip to Anacortes, WA to check out several boat yards. The current plan is to store Idyll Time over the winter in Anacortes. There are three good yards here with both indoor and outdoor storage. We also talked with the yards about installing diesel heaters. This will be our next big project aboard the boat. Our reverse cycle Cruise Airs just don’t put out enough heat for really cold waters. We will need these diesel heaters before going to Alaska.

So, how are we getting to the PNW? The current plan is to load Idyll Time onto a container ship leaving out of West Palm. We will meet the ship three weeks later in Victoria,BC. An ancient maritime law known as the Jones Act prevents boats shipped from the U. S. to be offloaded in another U. S. port. To comply with this law we must be offloaded in a foreign port. In our case it will be Victoria, B.C., an easy alternative being only 30 miles from Anacortes, WA. After doing research on shipping companies, we have decided to use Seven Star Shipping. They are a Dutch company and have been in business for many years with a solid reputation. Unlike the other shippers, Seven Star owns their own ships which gives them some control over the whole process. 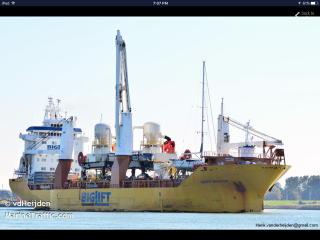 The tentative dates for shipping are sometime between April 1-25 th. We will stay in Stuart until a ship is named. Once she is loaded on a ship, we will drive across country in our RV and meet the ship three weeks later. Until a ship is actually named there is not much we can do but wait. Hopefully everything will go smoothly and we will be ready to explore British Columbia this summer. We will keep you posted. 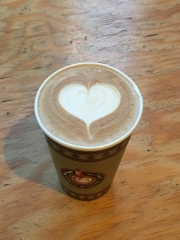