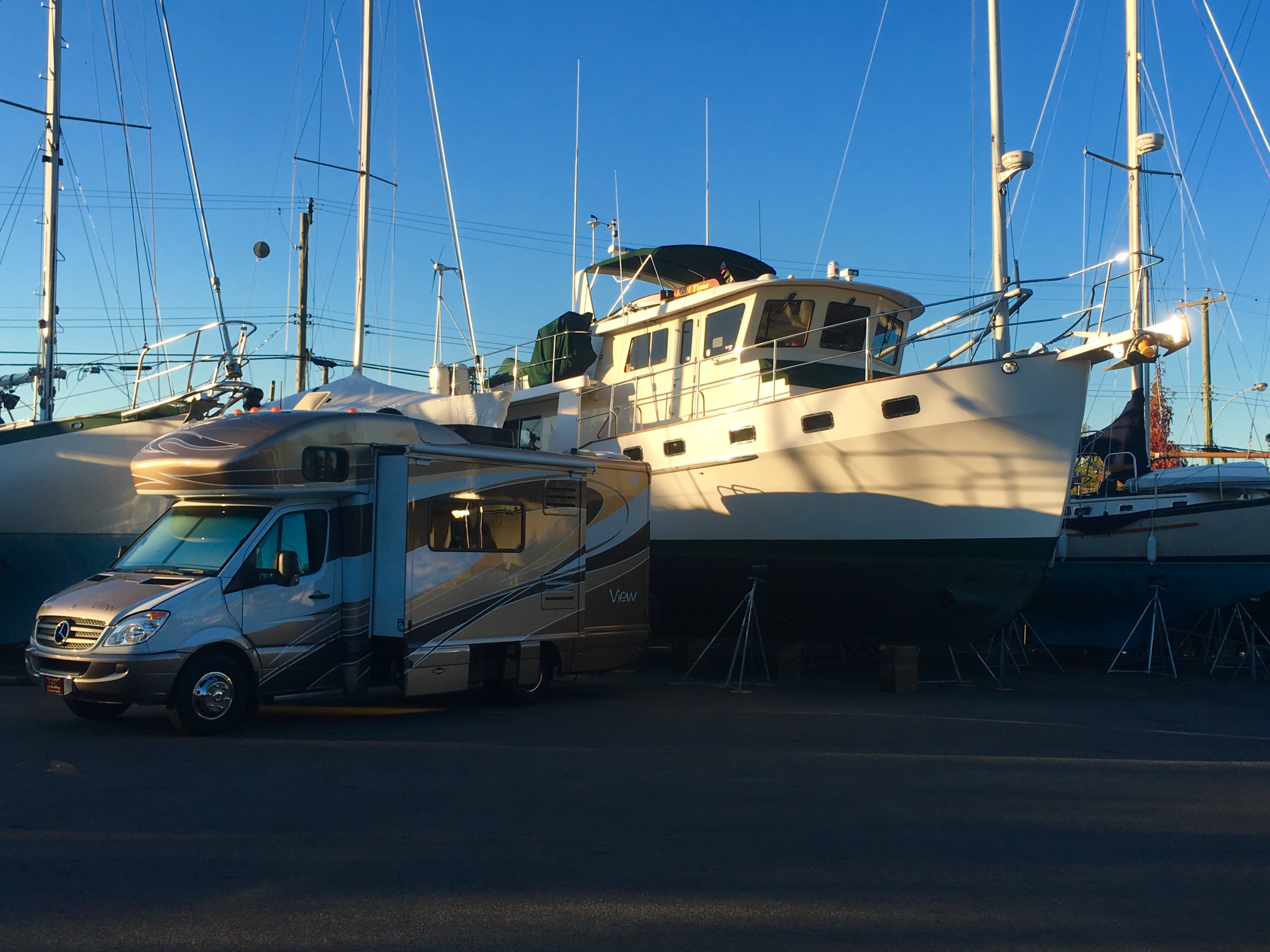 We are removing all perishable food and dry goods from the boat since she will be stored on land for an extended period. When she was on the east coast, the longest we had ever left her was almost four months. This was also a good time to remove some food items whose expiration date was nearing another birthday. Soon Miss Daisy was loaded to the brim for the 4000 mile trip across country back to our home in Tennessee. Several years ago we had purchased a hitch mounted waterproof cargo storage box to hold additional bulky items so as to not clog up the interior RV living area. We were glad to have this extra space now filled with our bulk food items. Nate and Primo are settled into their travel cages which are buckled into the passenger seat. After saying our goodbyes to the folks at Van Isle Marina and Philbrooks Boat Yard, we are on our way to catch the 10am ferry from Sidney to the B.C. Mainland. An uneventful 1 ½ hour ferry ride landed us in busy car traffic on the outskirts of Vancouver, B.C. 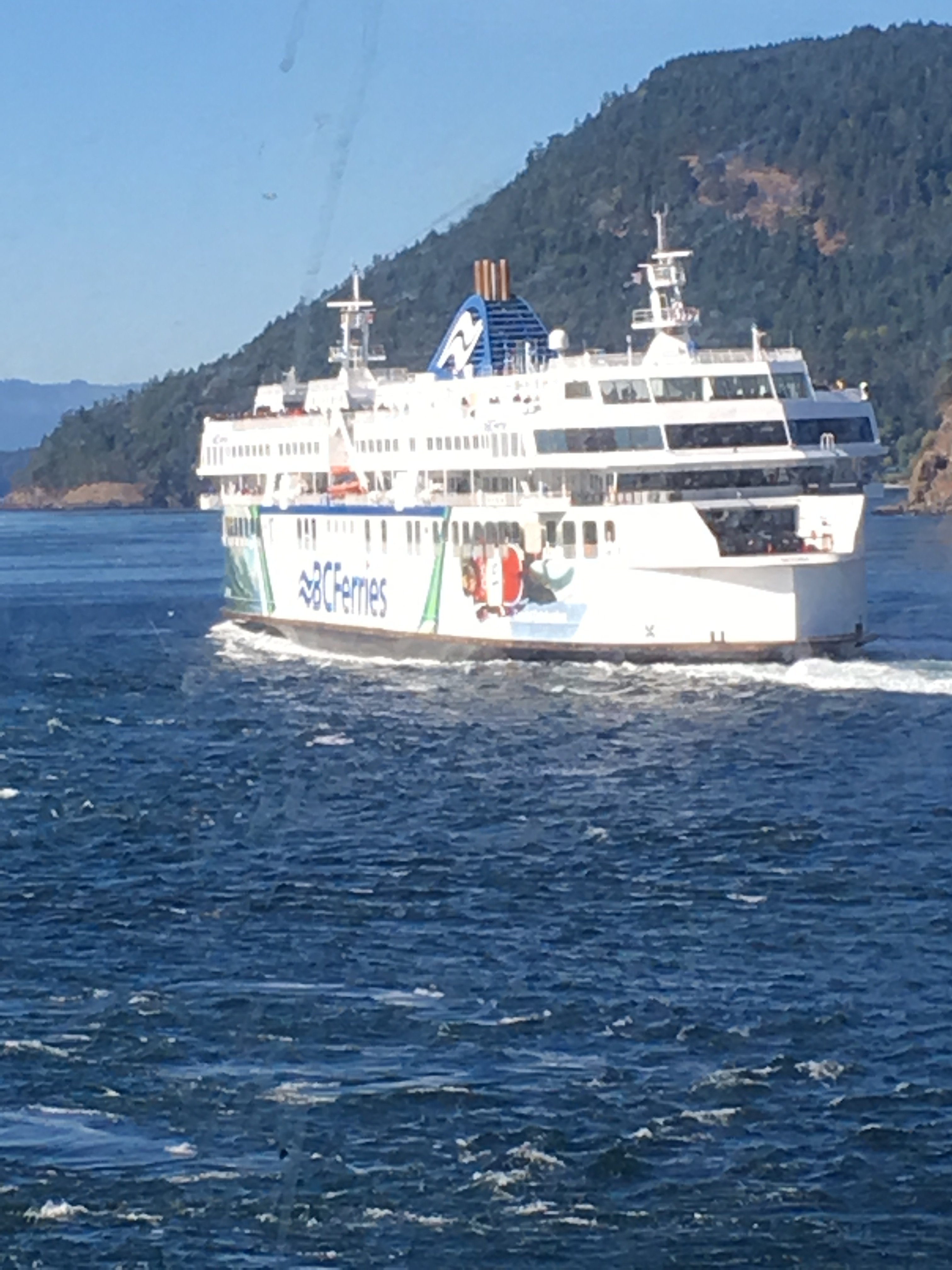 We had a 1 pm appointment with the USDA vet at the Sumas USA/Canadian border crossing. After a brief visual bird inspection and paperwork documenting our arrival back into the good ‘ole USA, we headed to Anacortes, WA and the Cap Sante Marina RV Parking lot for the night.

The next morning we caught the Whidby Island ferry south to the Olympic Peninsula and the Olympic National Park. The next four days were spent exploring this area. A trip to Cape Flattery, the western most point on the USA mainland was a worthwhile hike. 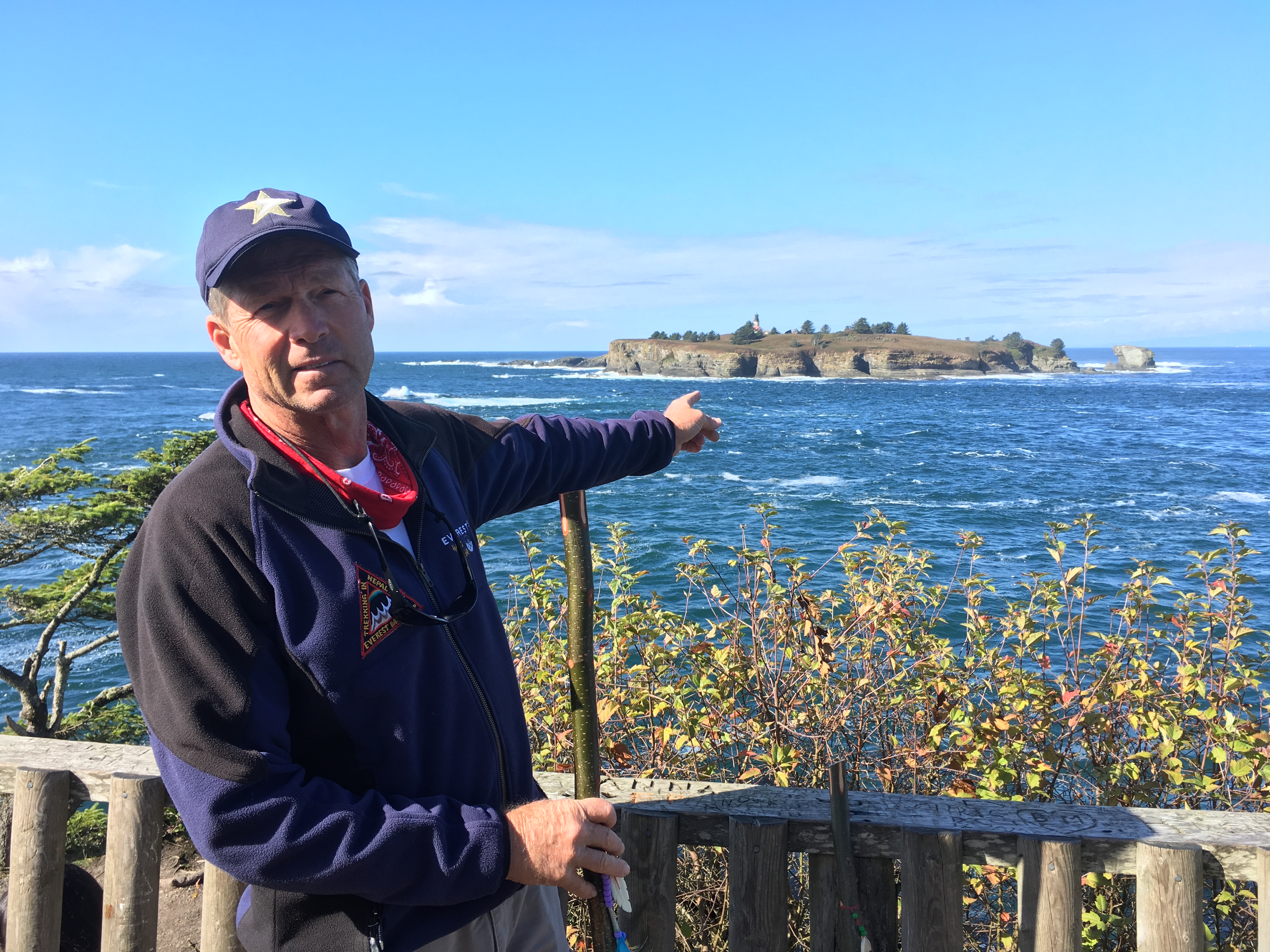 Exploratory trips to the rain forrest, mountain terrain, and beach combing made us appreciate what a special place this National Park is. Several Native American tribes have maintained a significant presence here with several fishing villages and RV parks. 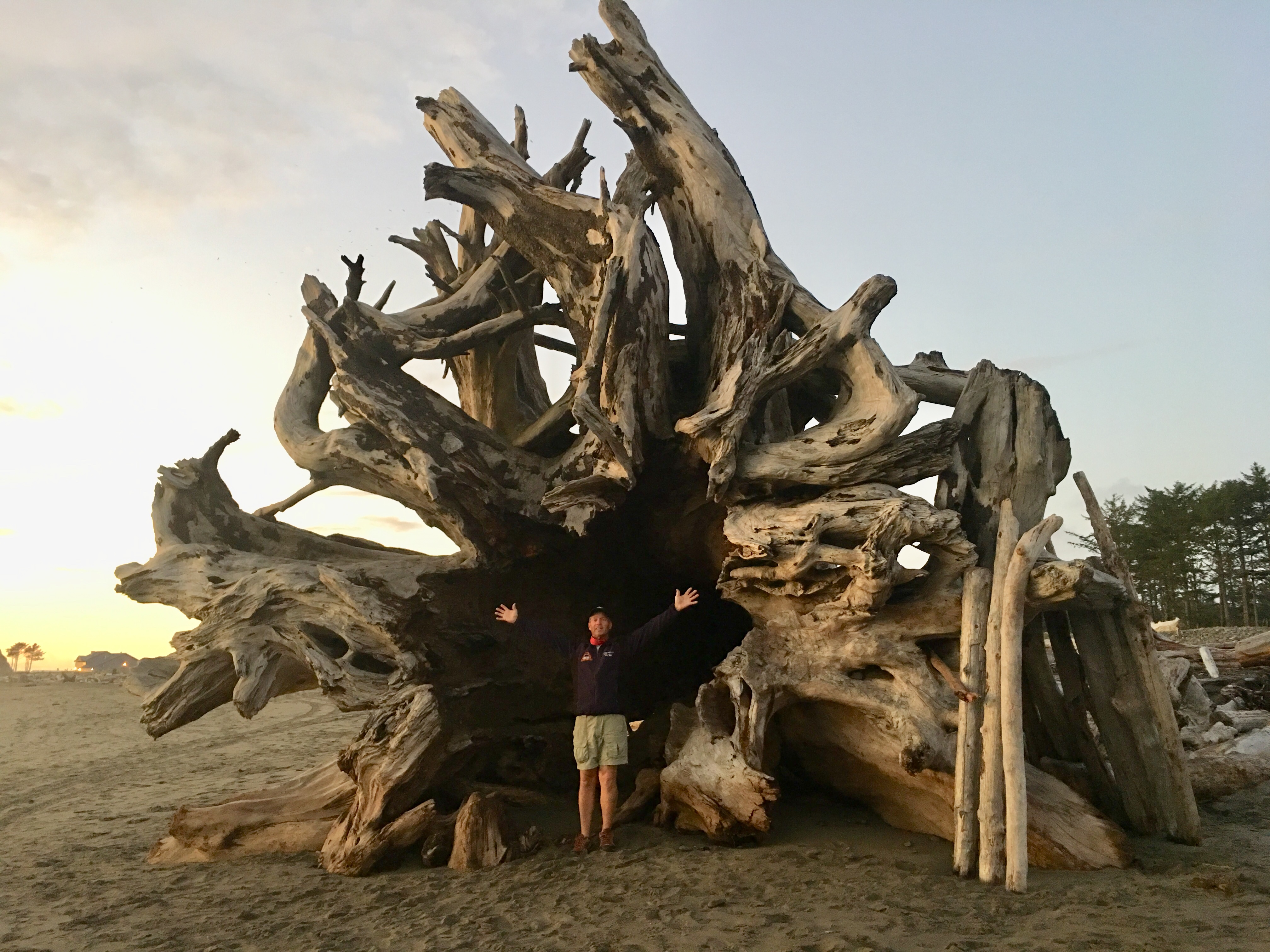 Leaving the Olympic Peninsula, we travel into Oregon and follow the Columbia River east on I-84, bypassing Portland Or. 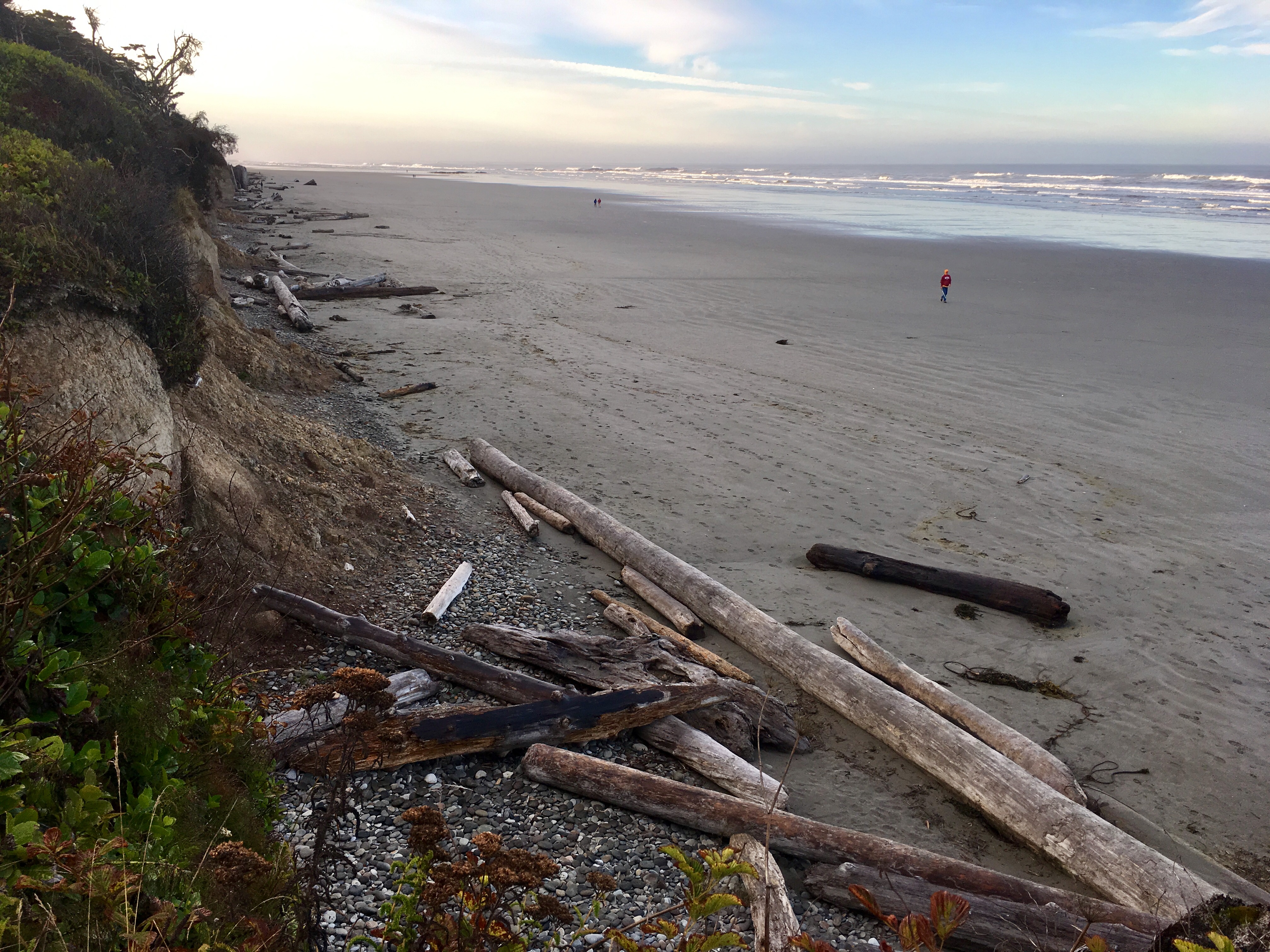 I-84 brought us through Idaho and into Utah. Capitol Reef National Park is three hours south of Salt Lake City on scenic Hwy 12. 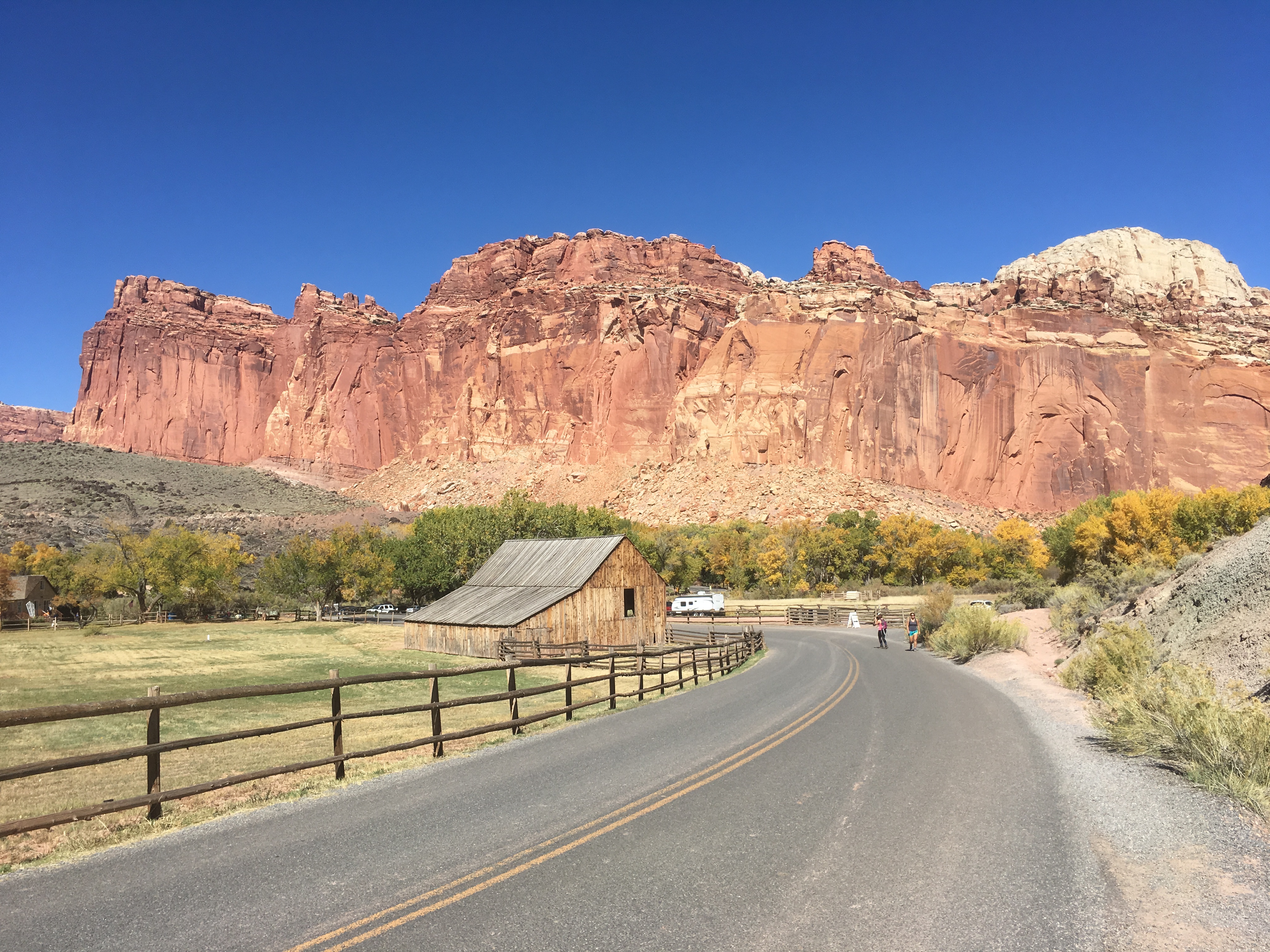 This is our home for the next four days. Early settlers into the area said the imposing red rock cliffs looked like a ocean reef cutting off passage further west. We hike the many trails nearby and leading out from the National Park headquarters located at the small settlement of Fruita. The water pocket fold, Capitol Dome, chimney rock, Hickman bridge, the Fremont petroglyphs, and Cathedral Valley were some of the highlights. 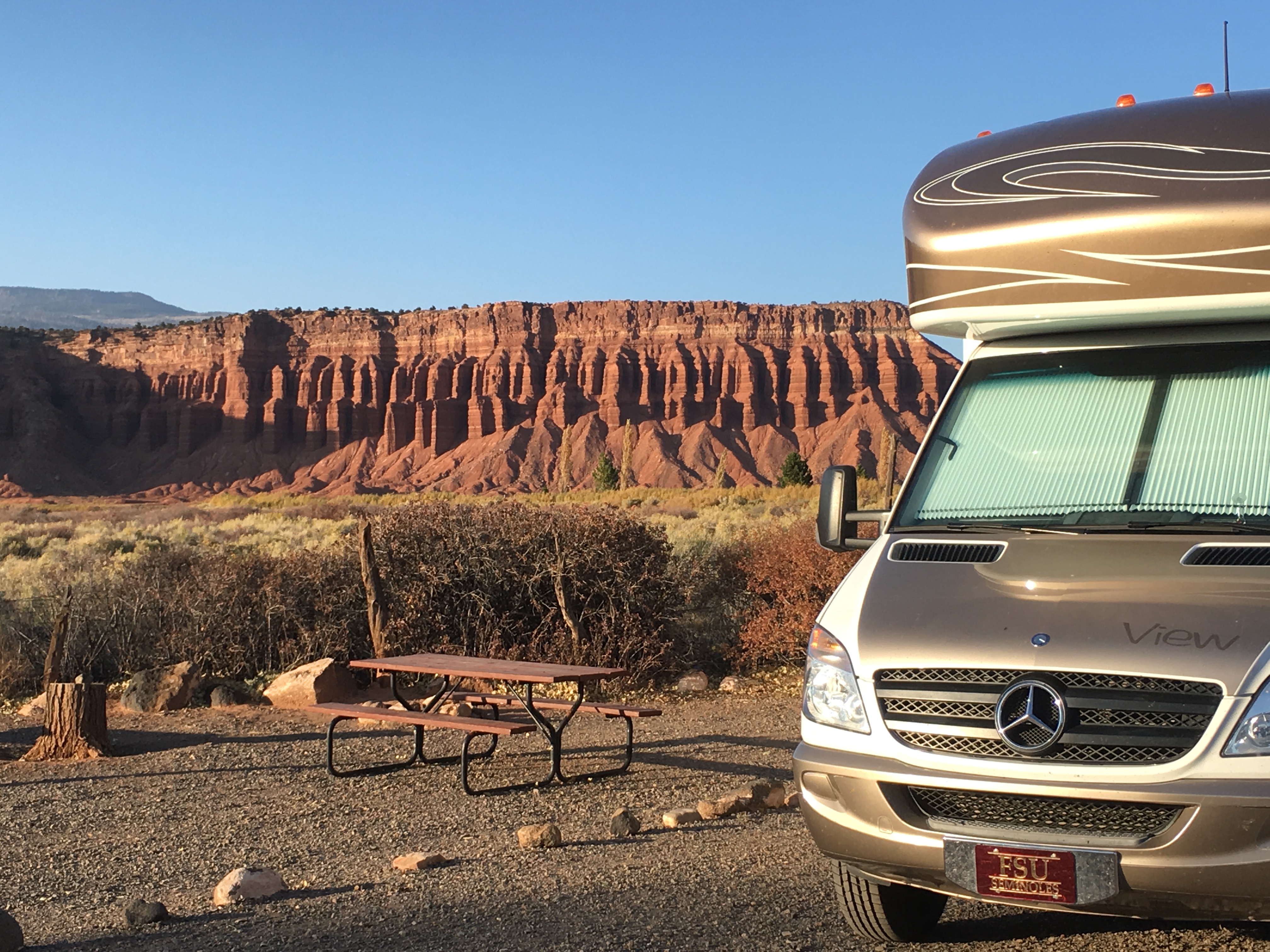 Kodachrome State Park, our next stop heading south, provided us with two wonderful hikes. The terrain here was subtly changed from that of Capitol Reef and was contained in a smaller geographic area. 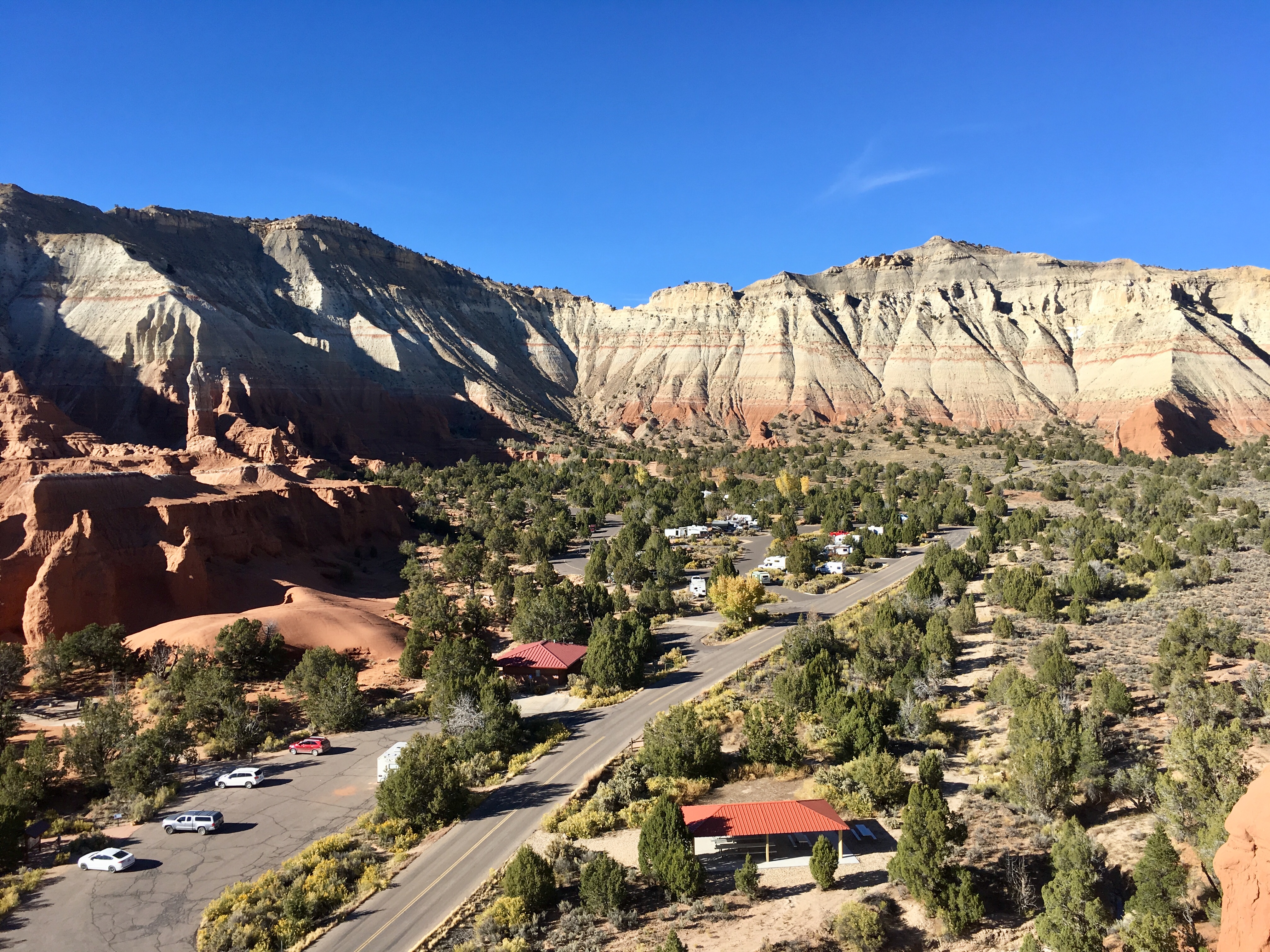 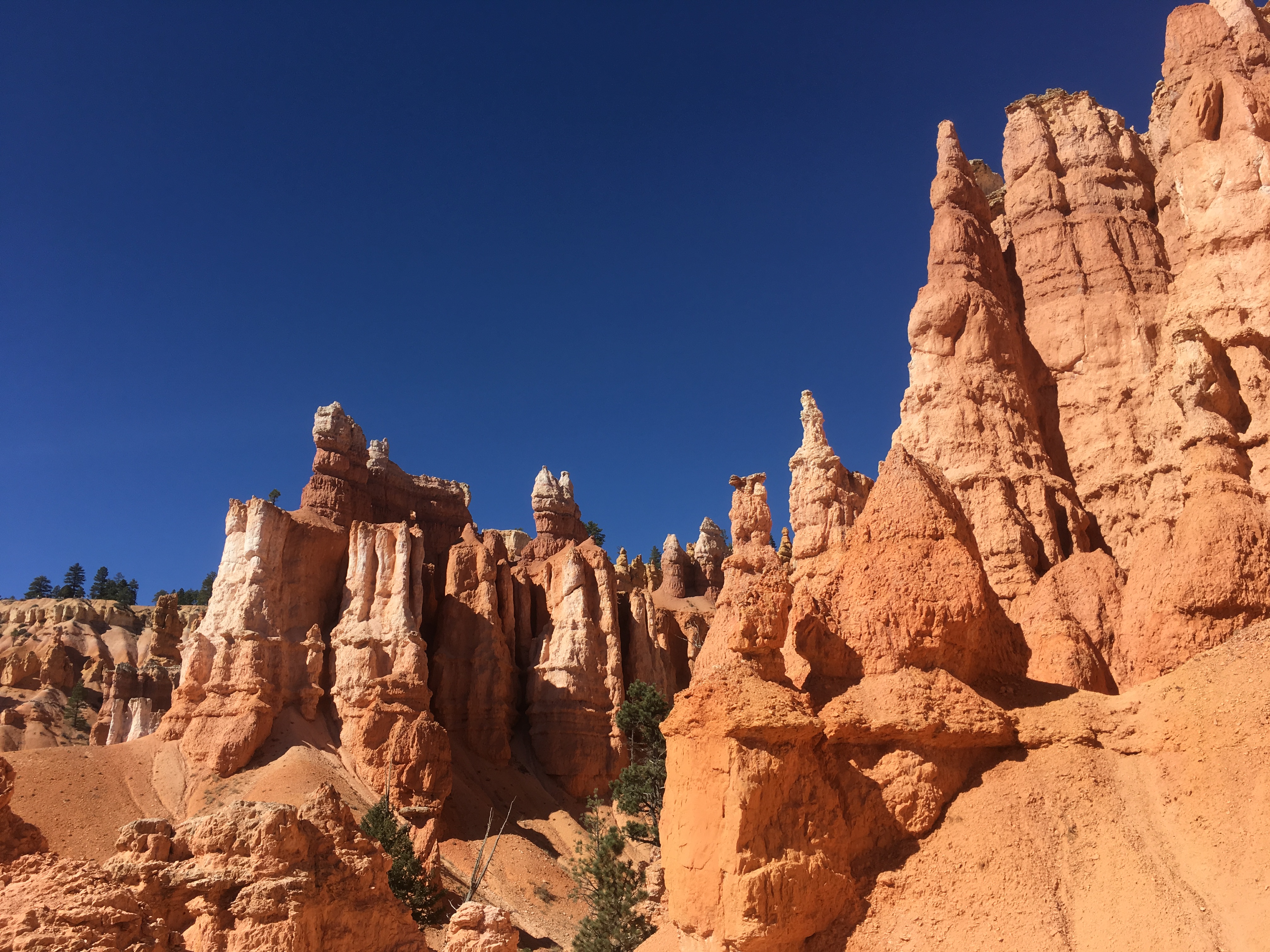 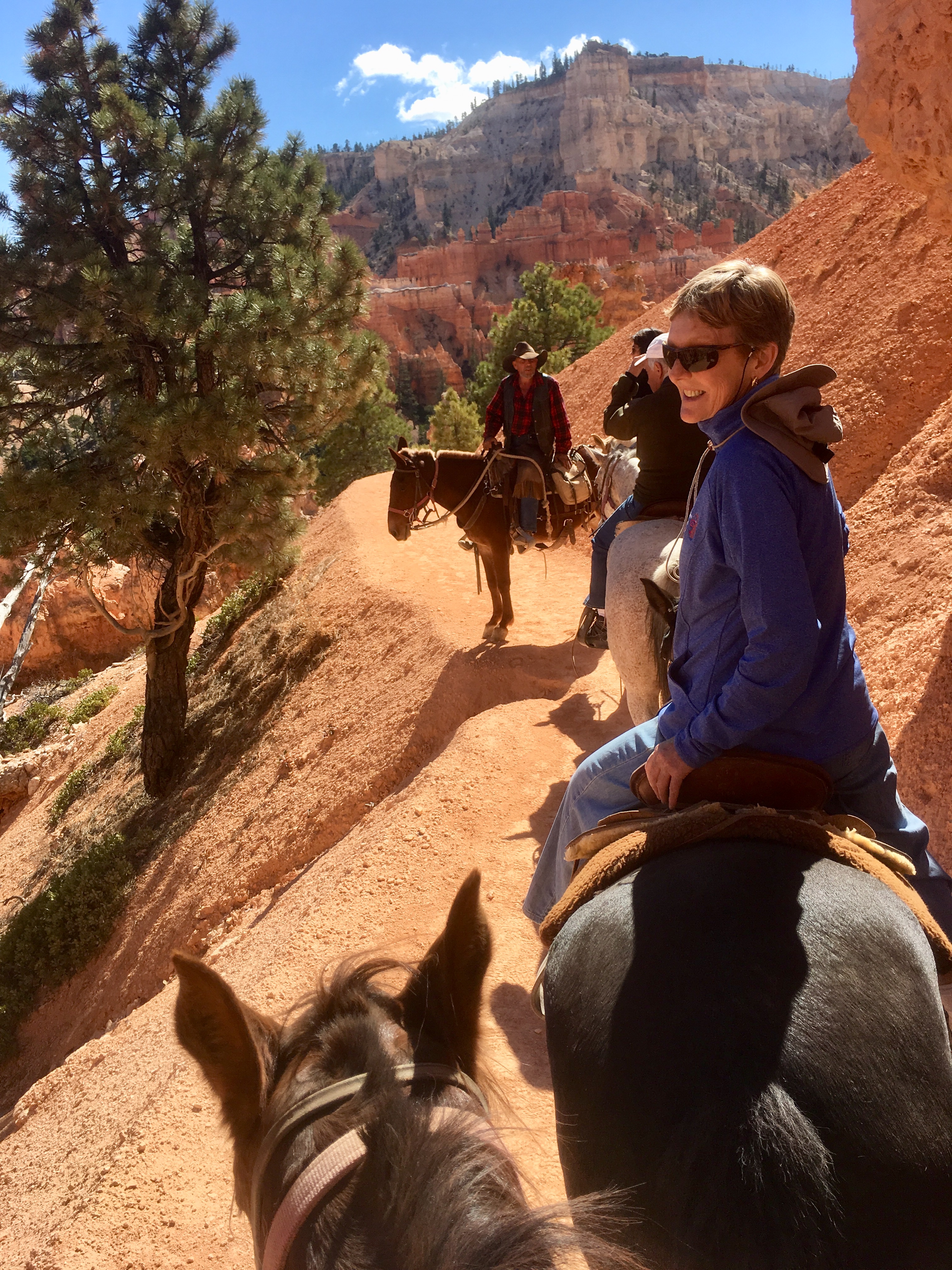 After two days of hiking and attending ranger led talks, we take a ½ day horseback trip into the more remote areas of the canyon, we soon come to realize what a special, fragile, and visually stunning environment this park is. 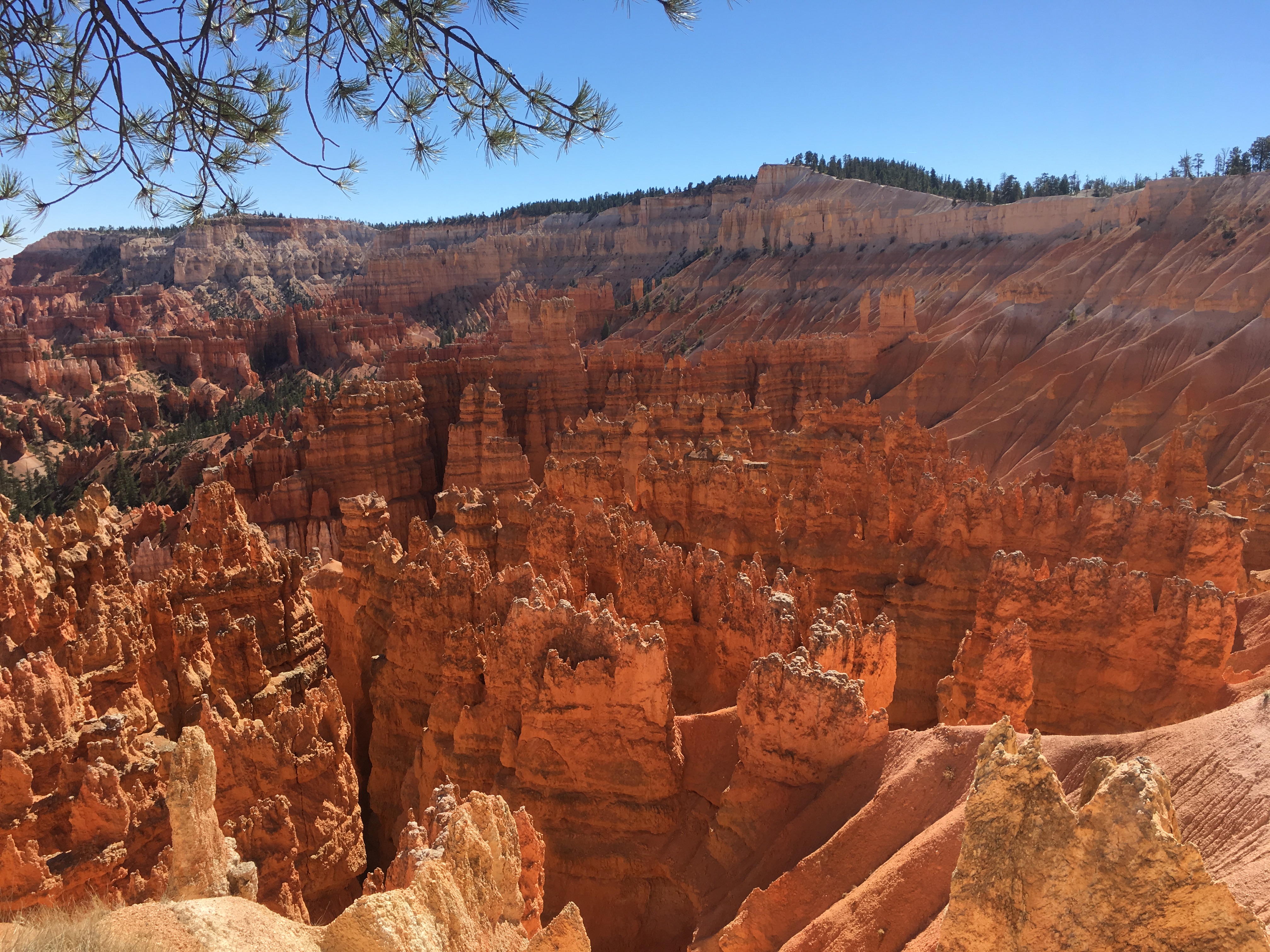 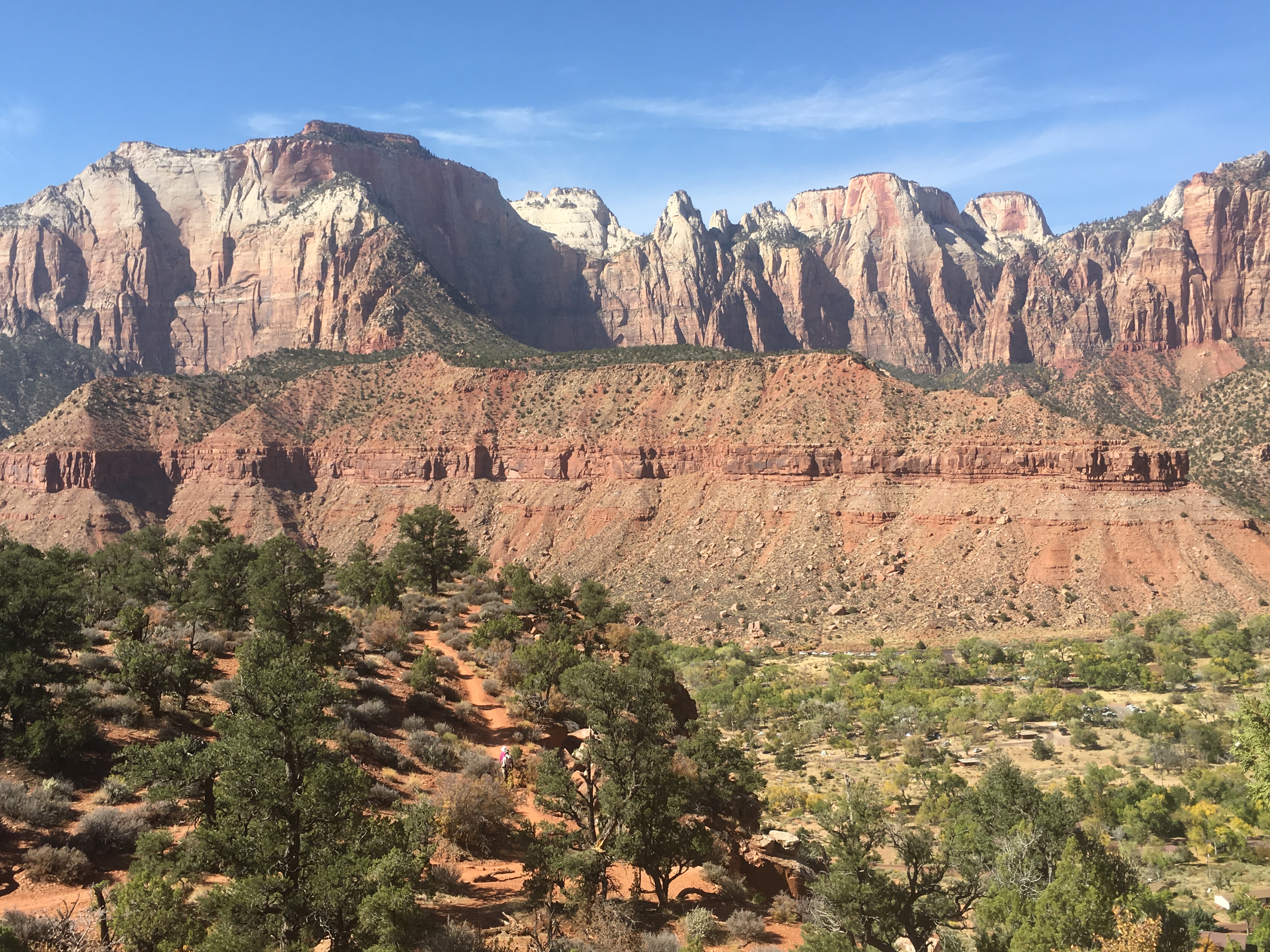 Dropping down from the NE, the only approach to the park is through a three mile tunnel routed out through the mountains. Normally traffic is two way but for RVs, trucks, and oversized vehicles the National Park Service stops two way vehicle traffic and escorts larger vehicles single file. 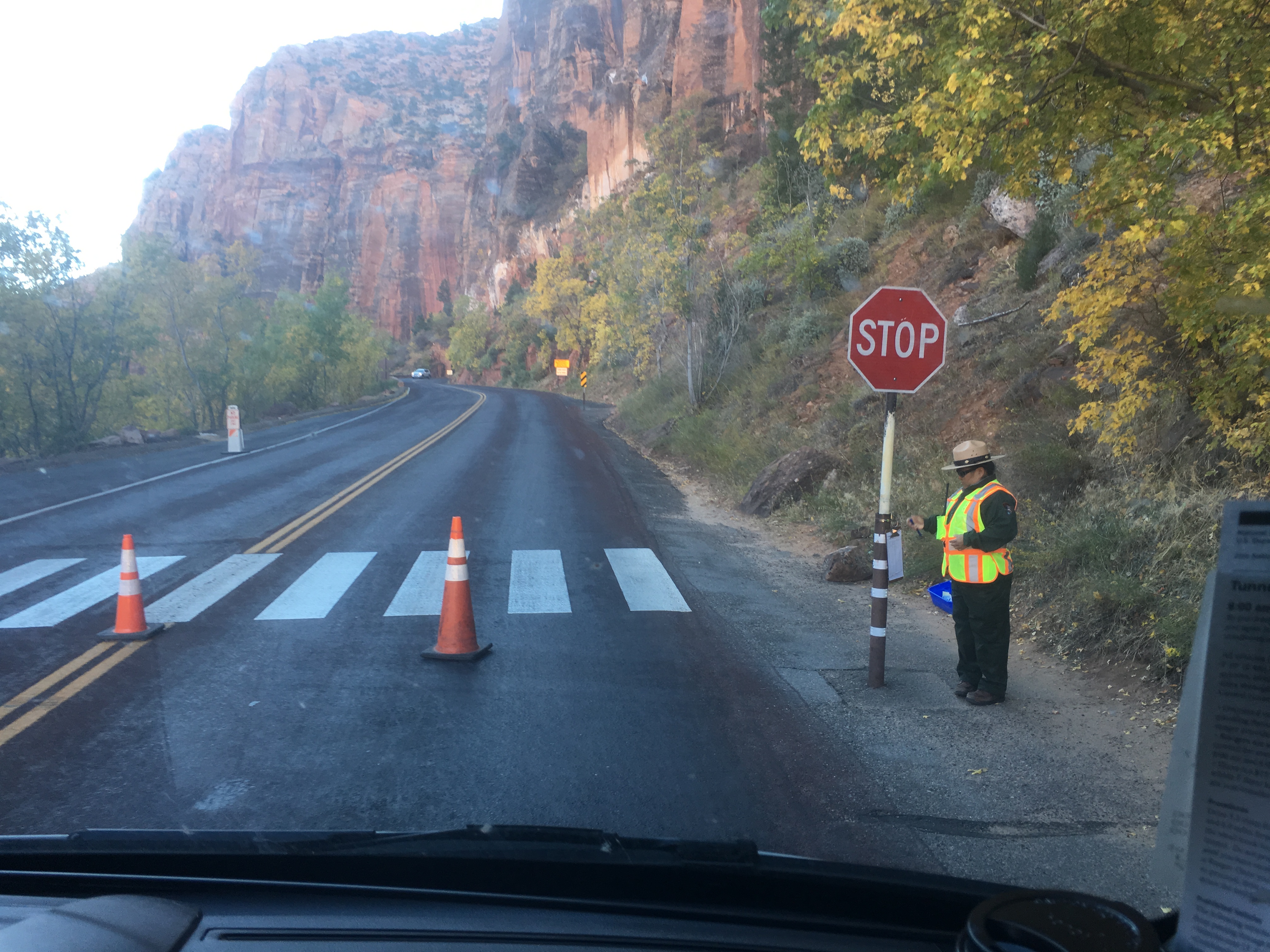 The round tunnel walls are sharply sloped and as such higher topped vehicles travel down the center so as not to scrape the tunnel walls. 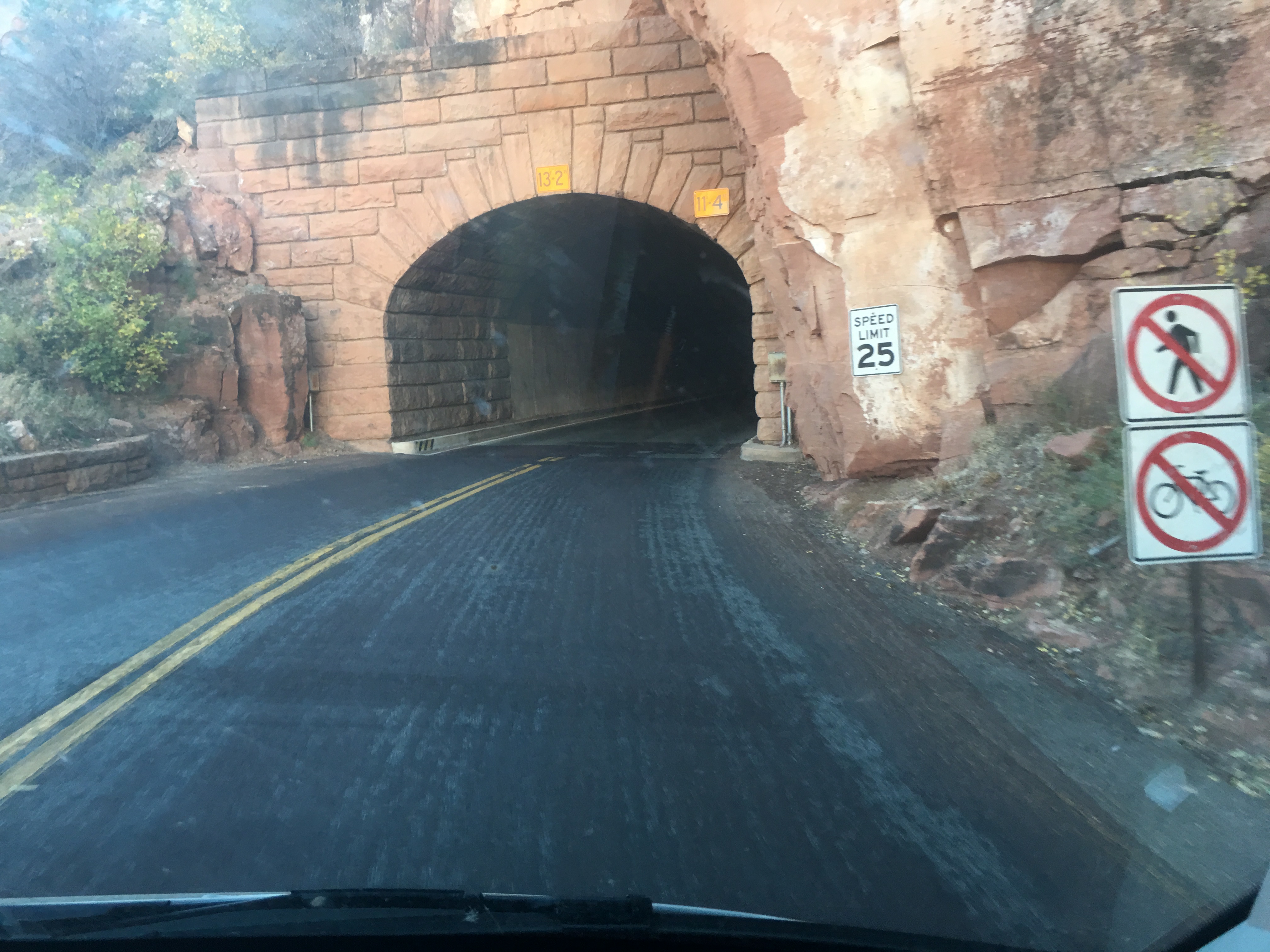 All goes well with our escort and we pop out on the park side without a scratch. Another wonderful National Park bus service kept the RV parked for two nights while we explored and hiked. 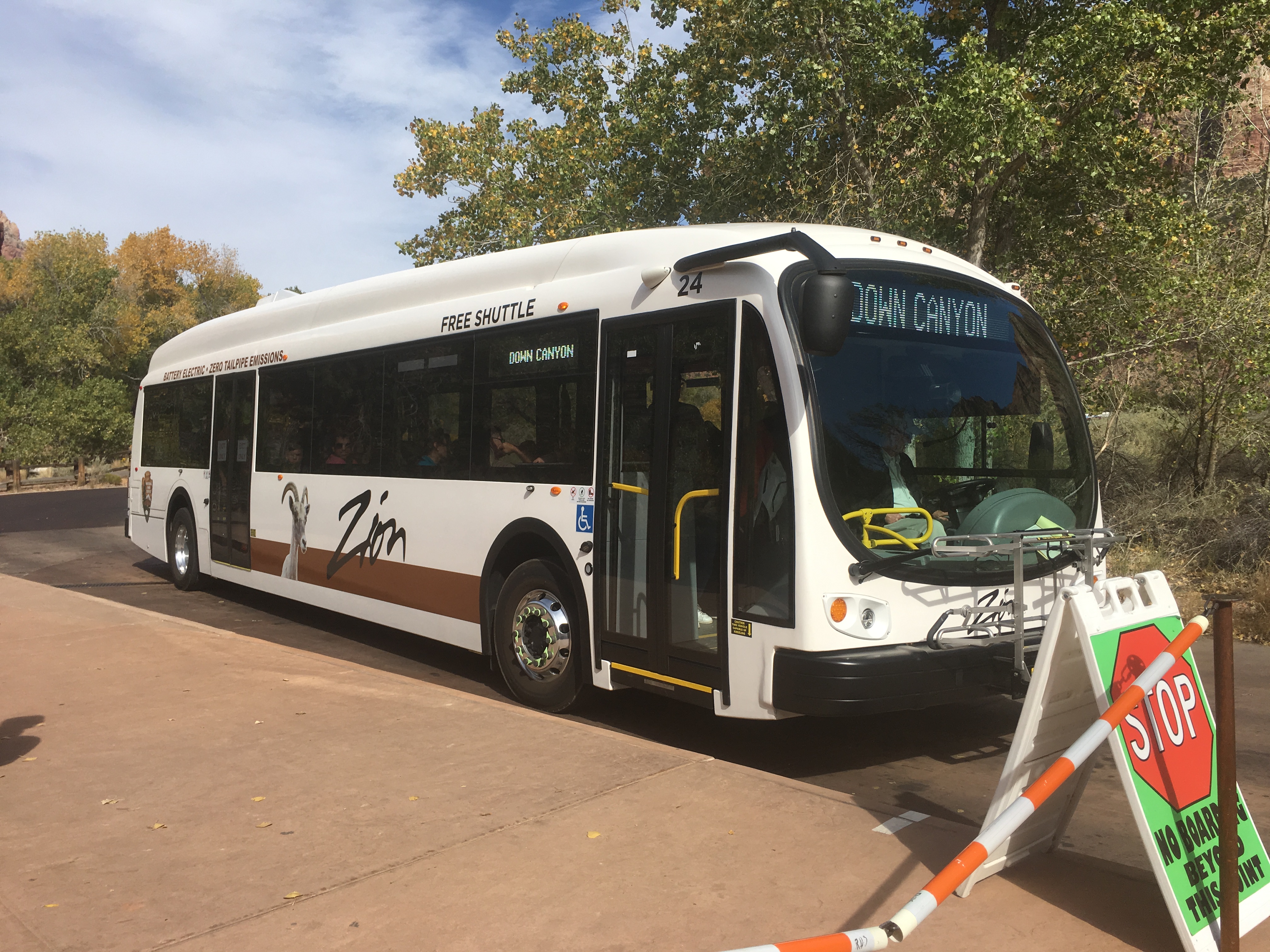 Angels Landing, an 8 mile cable hike, highlighted our exploration. This was probably one of the scariest and most dangerous hikes in the National Park system without a special permit. In the past ten years eight people have died from falls on this vertiginous hike. Many places require hand over hand cable climbing with a 2000 ft. drop directly underneath a narrow foothold. 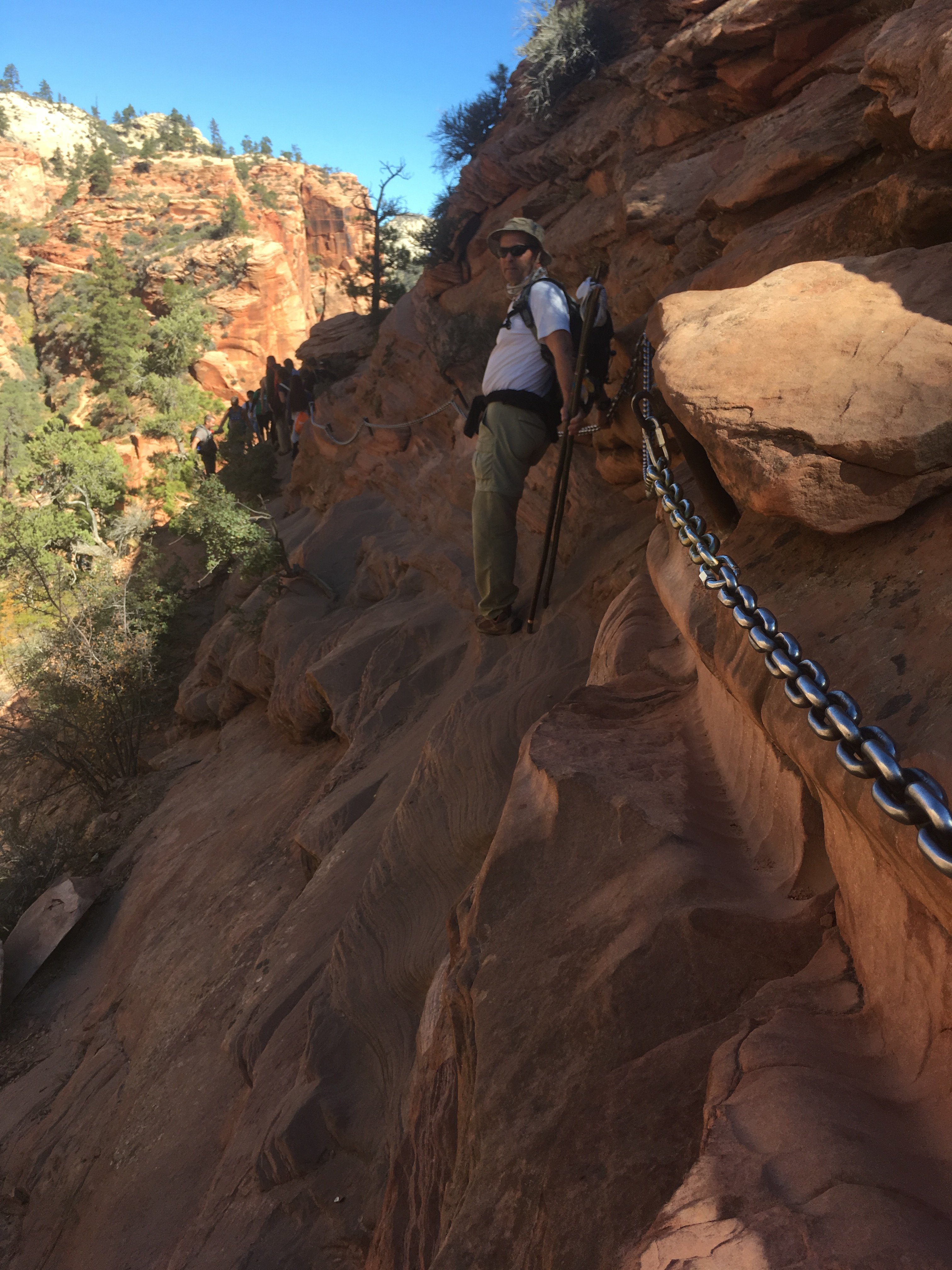 The day we were there, this trail was severely overcrowded with over 500 people on the trail without any park ranger supervision. The views from the top were outstanding however the danger of the hike down overshadowed the view. We would not hike this trail ever again or recommend it to others. It is a wonder someone didn’t die the day we were there. 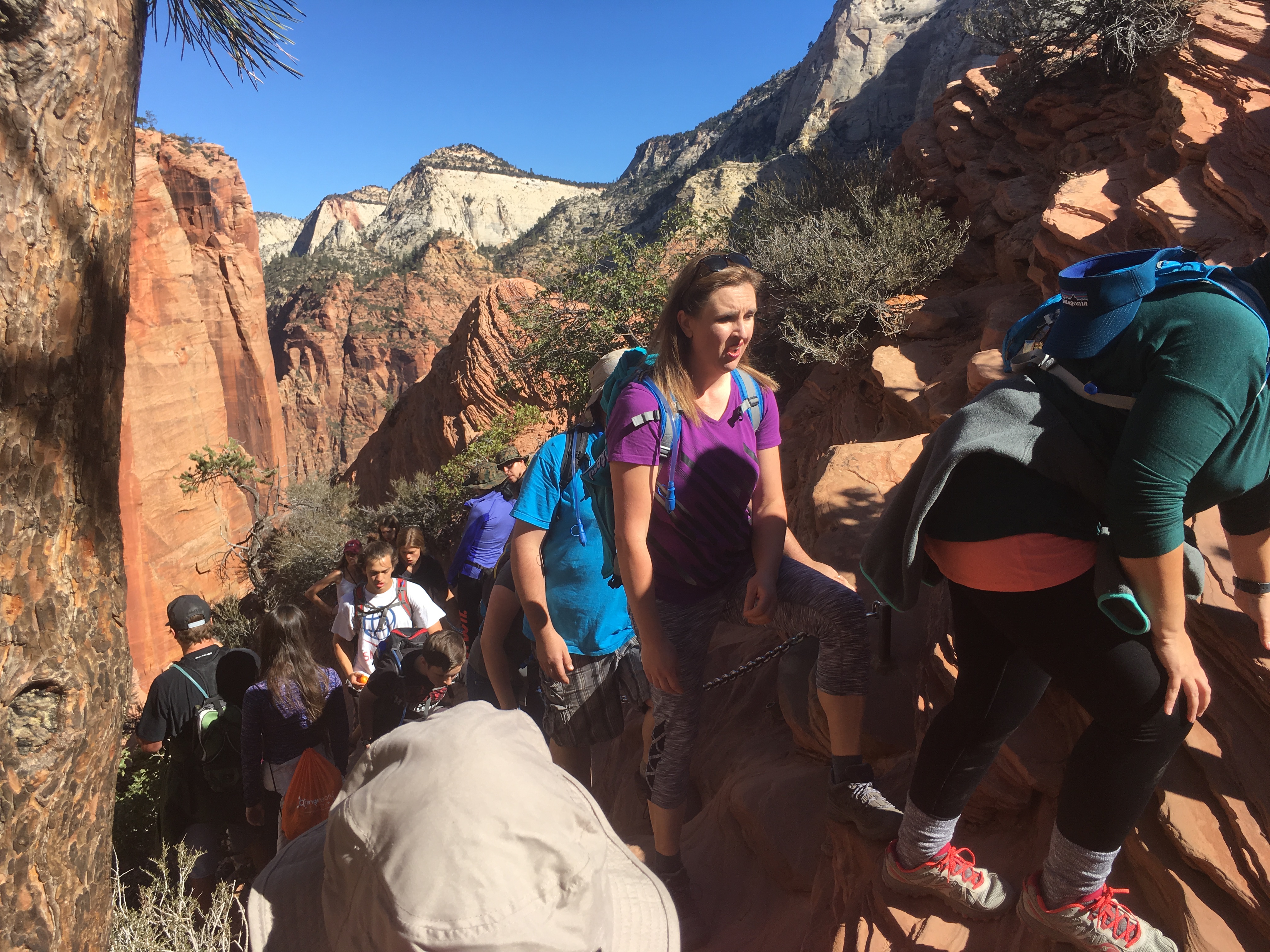 Zion recieves more rainfall than the other parks we visited and as a result more and varied plants and animals may be seen. The Virgin River’s perennial waters provide the necessary moisture for life here as well as interesting geology and spectacular scenic views. The park was extremely crowded and busy but one can hike away from the many people. 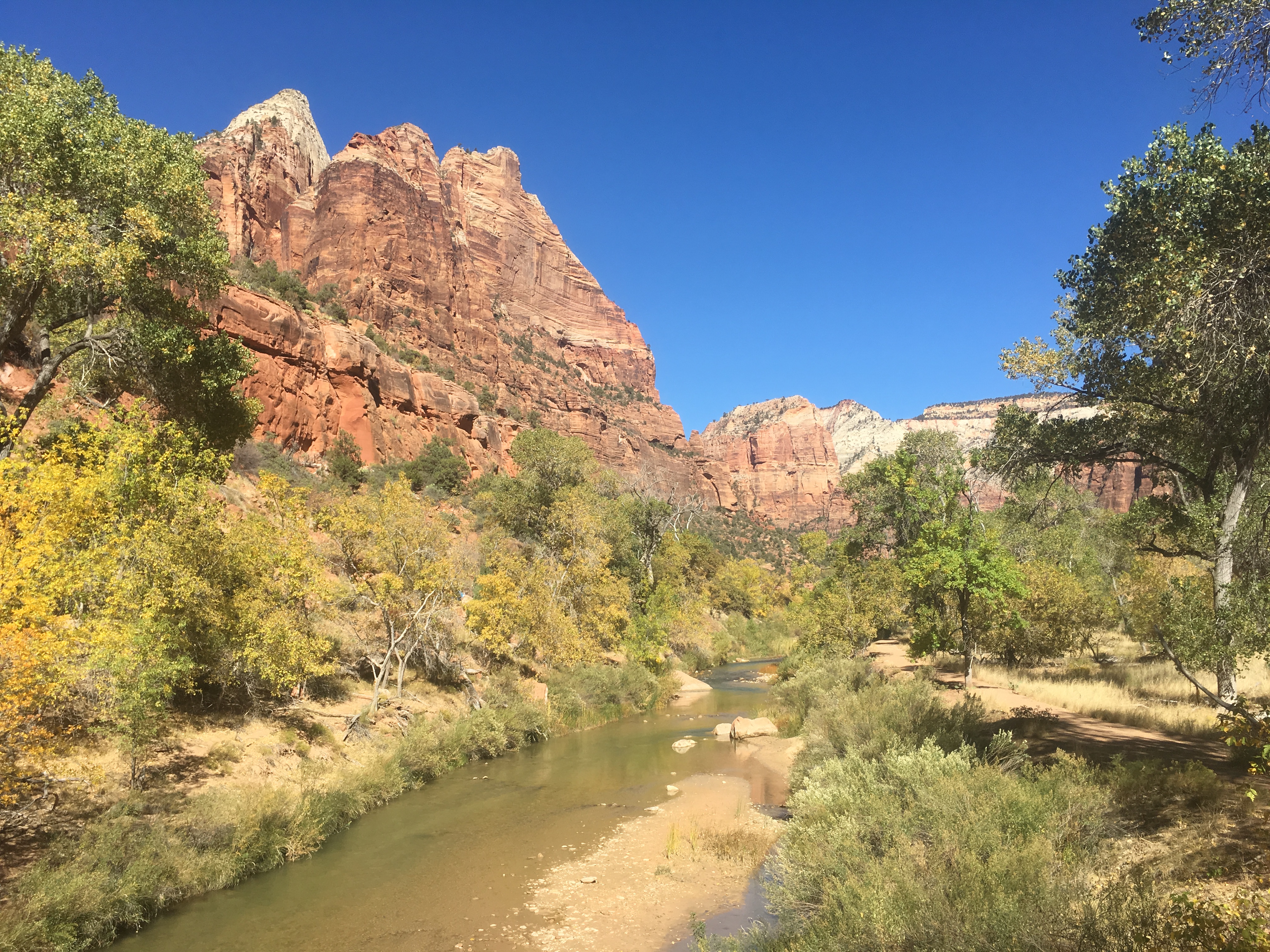 Finally we began our way east towards TN after joining I-40 in Flagstaff, AZ. Three days of interstate travel thru New Mexico, Texas, Oklahoma, and Arkansas brought us into TN. Once through Memphis and Nashville, we soon arrived home in Chattanooga, TN. This closes the loop on a voyage we began a year ago after deciding to move Idyll Time from the East Coast to the Pacific Northwest. Having only been home for brief spells for the past twelve months, we now look forward to relaxing with friends and neighbors while attending to some neglected house and yard work.

Thanks for following our journey. We will be back aboard Idyll Time in the spring of 2018 for more adventures.