It is a short fourteen mile run up Port Fredrick Sound to the small village of Hoonah. Robin and Jim from the Defever “Adventures” are on the docks to catch our lines. They have been very gracious with providing us Alaska cruising information over the past several years and are partly responsible for us being here. . Their knowledge of cruising SE Alaska has been invaluable to us and we are excited to finally spend some quality time with them. 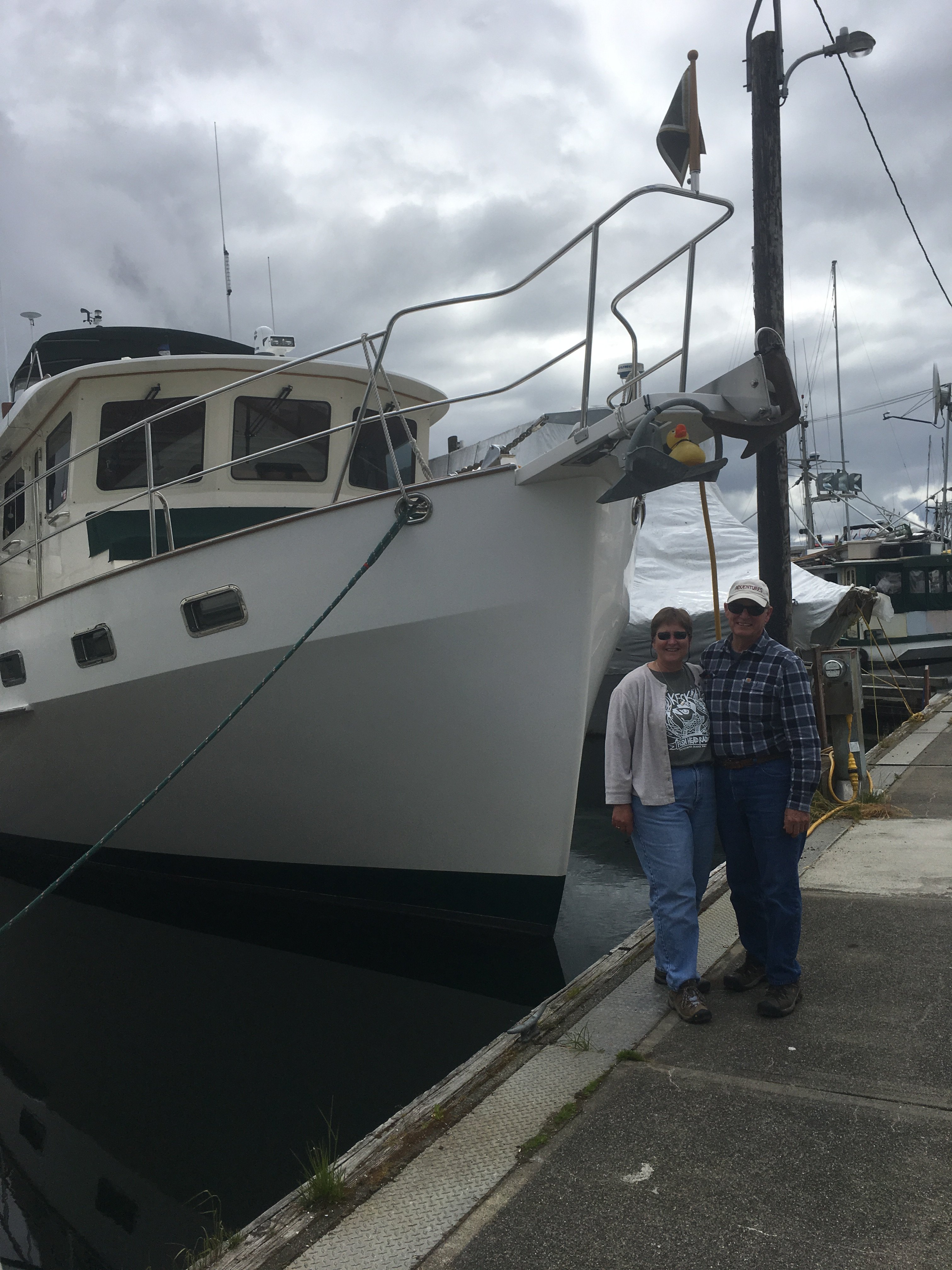 Located on the northern end of Chichagof Island, Hoonah is the largest Tlingit community in SE Alaska. This rural island community of 800 people is only assessable by boat or plane. In town we visit the Tlingit carving station where a “Healing Totem” is currently under construction. 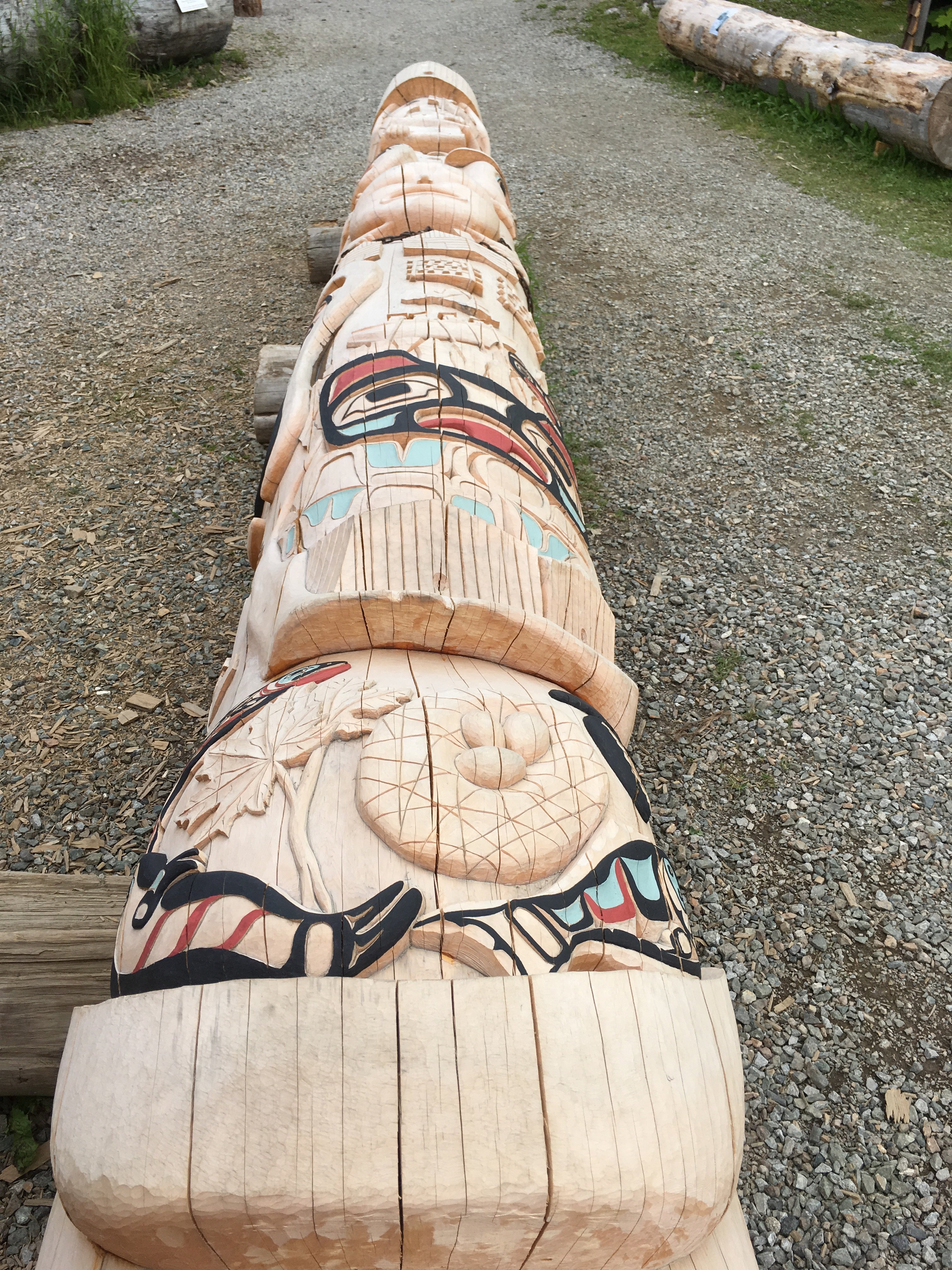 This totem symbolizes the history and healing of a longstanding riff between Native Americans and the Glacier Bay National Park Service. The Tlingit’s home was at one time in Glacier Bay. In the 1700’s the glaciers advanced to the point where the Tlingit’s homes were crushed by the ice and they relocated to Hoonah. When Glacier Bay became a national monument in 1925, Tlingit claims to ancestral fishing and hunting rights were lost. Starting in the 1970’s a dialog began between the Tlingit community and the NPS. They are now working to reconcile their differences and the “Healing Totem” is a symbol of these efforts. 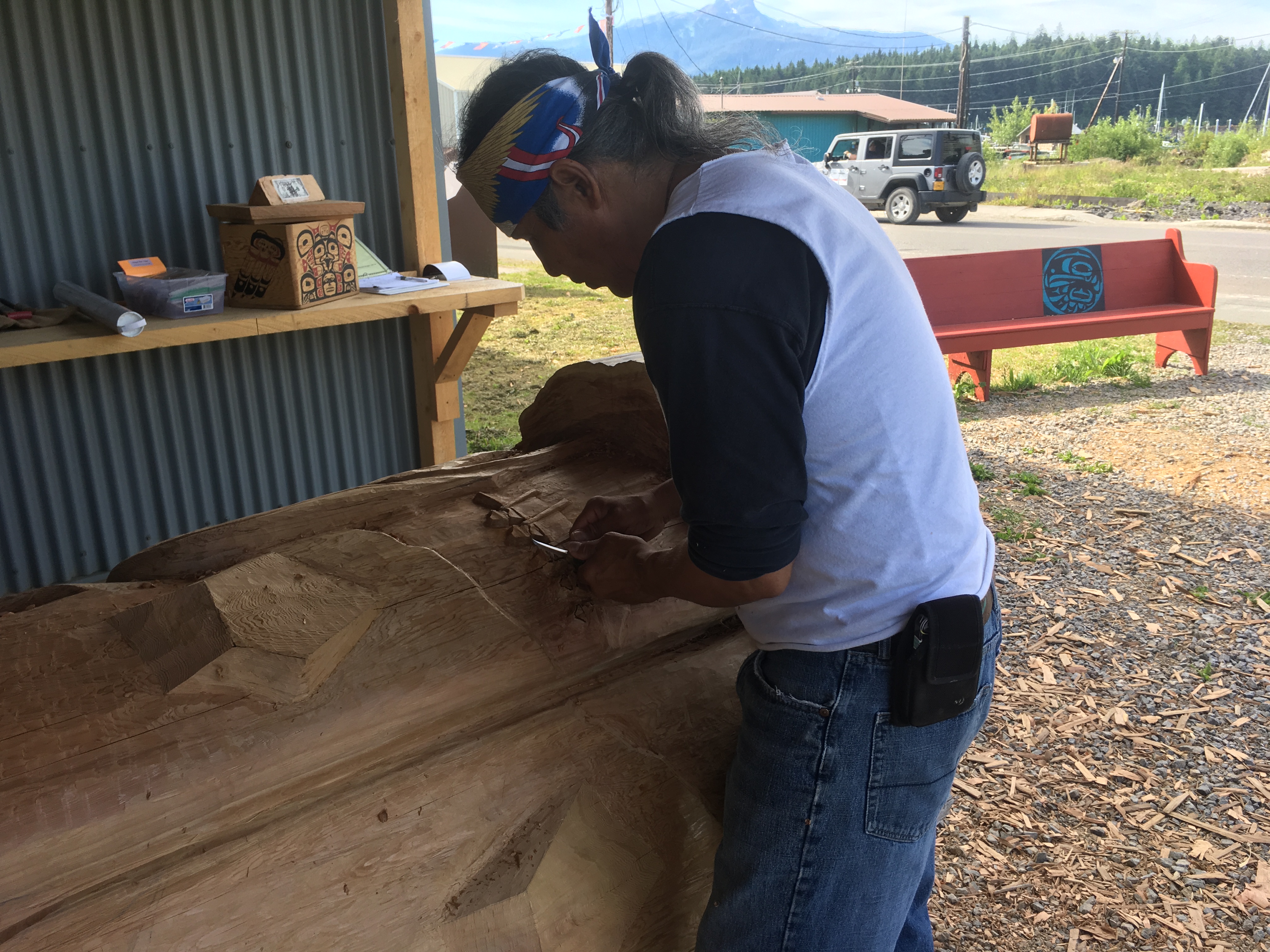 Good friends, Jack and Barbara, fly into Hoonah for a week aboard Idyll Time and we spend several days exploring the Hoonah area. Chichagof Island is home to over 4000 brown bears so we decide to rent an ancient Astro van for a day of driving the logging roads in search of bears. We see lots of bear scat but no bears on the hot dusty roads. There is a record heat wave of 80 degrees this weekend and I guess the bears are lying low and chilling out. Just a few months ago, a brown bear killed three dogs in town and had to be shot. Each day we enjoy viewing a photographing a nesting pair of Eagles residing in a tall Sitka Spruce just across from the elementary school. With hungry chicks to feed, both parents are in constant motion. 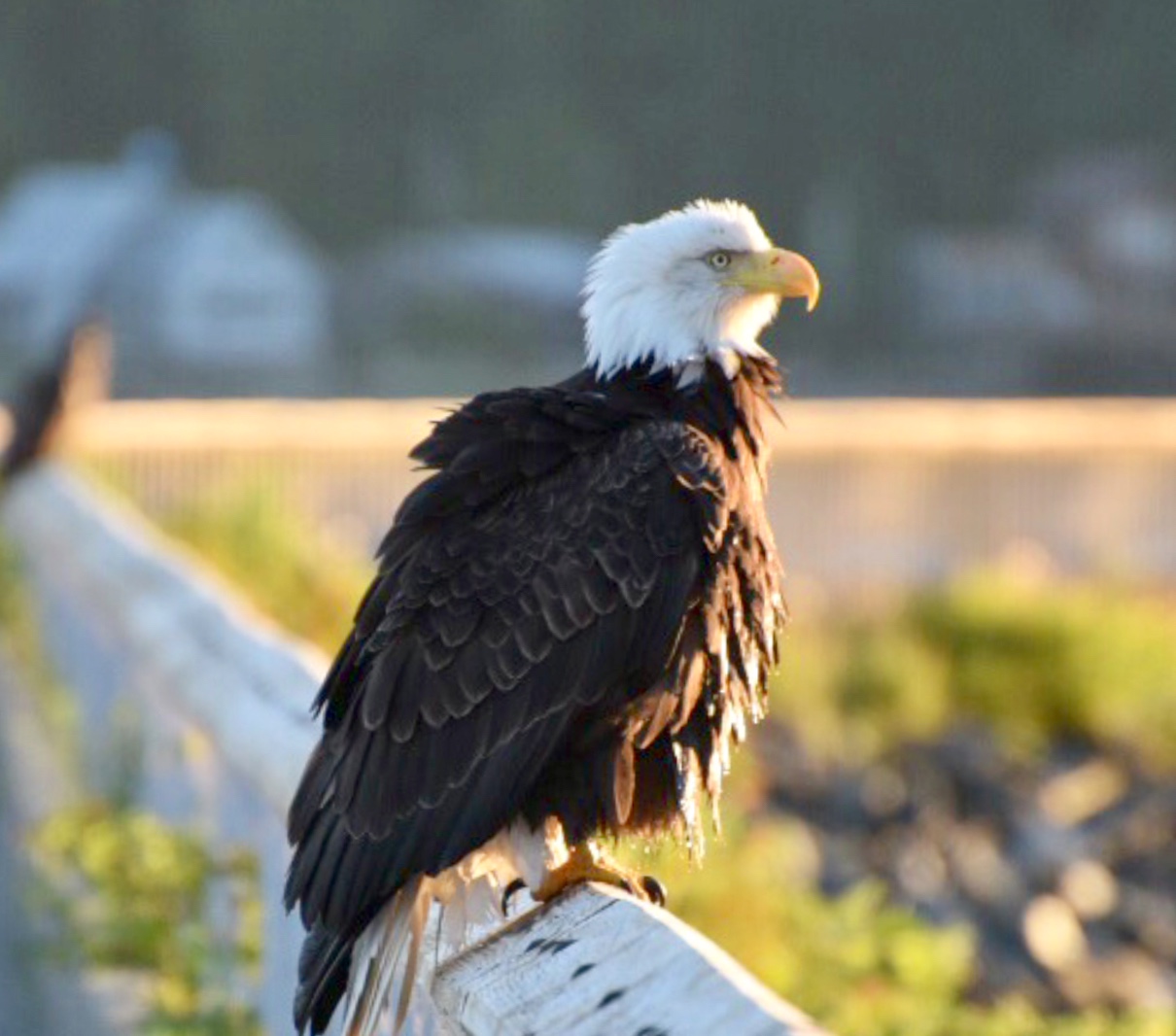 A mile and half walk to Icy Strait Point brings us to the cruise ship dock and cannery. 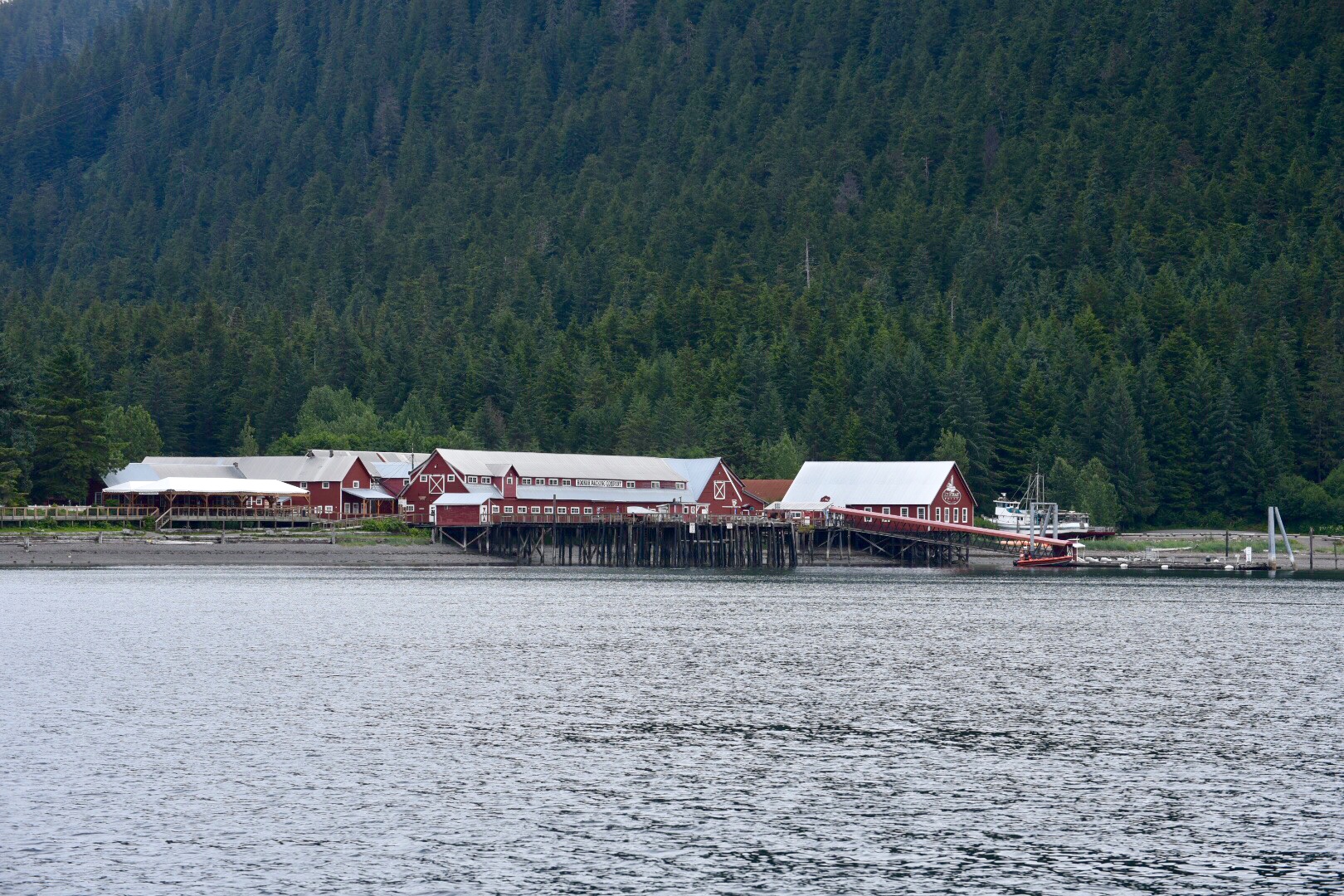 Owned by the Hoonah Tlingit Tribal Corporation, this is largest privately owned cruise ship dock in Alaska. As we enter the grounds, the atmosphere changes from a rural Alaska town to a Disney like theme. Throngs of cruise ship tourists clog the many gift shops and restaurants as well as ticket booths to sign up for bear, halibut, Jeep, and kayak tours. Icy Point also lays claim to the longest zip line in the U.S. at over a mile long. Luckily, the cruise ship activities and far enough out of town and Hoonah remains a walking destination for those who want to see a real Alaska town without all of the trappings of tourism.

Back in Hoonah, we take a a curb side seat at 6pm to view the annual 4 th of July parade. Because most of the town residents work down at the cruise ship dock, the parade can not start until the cruise ship has left. It is a wonderful small town parade with walking Veterans , dressed up baby strollers, and a variety of vehicles displaying patriotic themes. The parade ends at the community ball park where food booths are set up and many family oriented activities begin. The evening finale is at 11:30 PM with an hour long fireworks display. This is small town America at its best.

We weren’t sure what to expect before coming to Hoonah. Many boaters had dismissed Hoonah as a worthwhile stop saying there was not much there. We found something completely different. Hoonah may be a little rough on first appearance but scratching below the surface we found a town full of charm and friendliness. The Hoonah people are very gracious and welcoming. They are proud of their heritage and willing to educate those who are inquisitive enough to ask. 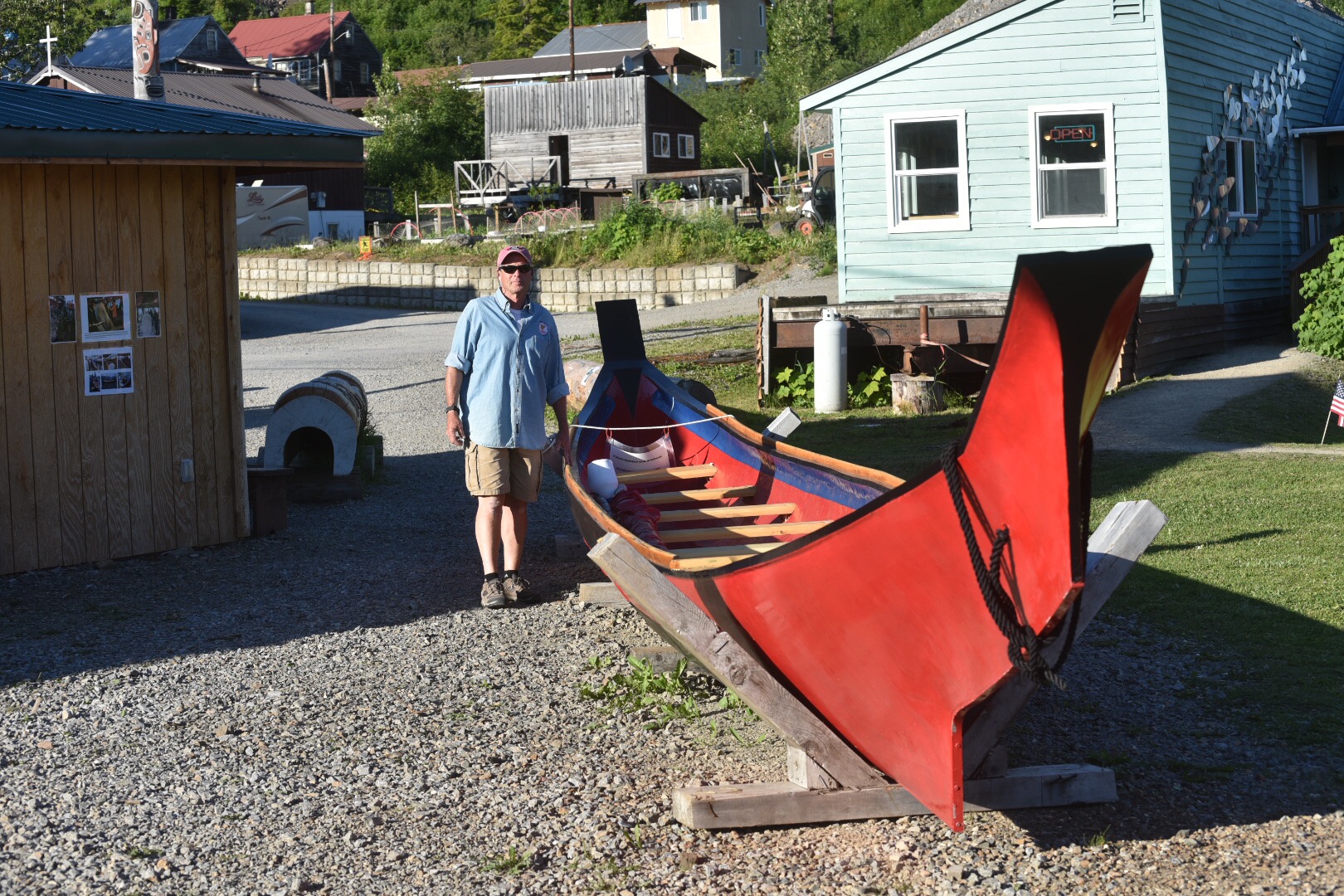