What we do for our birds!

Wow! It has been a busy couple of weeks. Idyll Time is now slowly sailing her way to Victoria, BC. After leaving West Palm, she transited the Panama Canal without incident and headed to Golfito, Costa Rica for a two day stop. Here Sevenstar offloaded several boats and loaded several more onto the Clipper Nassau. 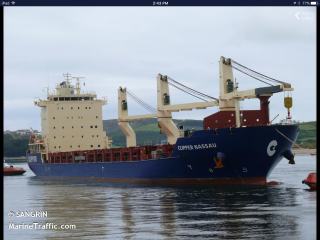 The ship is now in the Pacific headed to La Paz for her second stop. From there she will make one more stop in Ensenada. As of now, the ship is on schedule and we should see Idyll Time in Victoria nine days from today.

After loading IT on the ship, we began the 2700 mile drive across country in the RV. 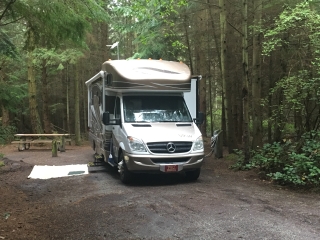 Our original plans have had a few hiccups with getting Nate and Primo into Canada. 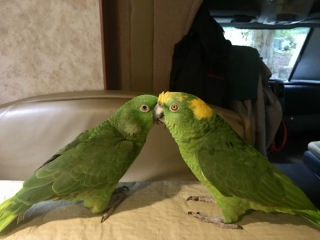 Back in January, we visited US Fish and Wildlife in Blaine, WA along with several calls to USDA requesting the procedures for getting the birds into Canada. At that time everything seemed straightforward. We sent in the renewal for Nate’s CITIES (endangered species) passport and port exception for Blaine, WA. We would get their health certificate in TN just before heading west in the RV. Sounded pretty simple at the time. Nate’s passport came back like clockwork. However, Fish and Wildlife sent back the port exception application with a note for us to send it to their branch in Atlanta, which we did. It has now been 60 days and we still don’t have the certificate. Multiple messages left and still no certificate and no returned calls from the Atlanta office. A second problem reared its head after a phone call to our vet. Because of several avian flu outbreaks in the US, our vet health certificate must now be sent off to the state USDA vet for endorsement ( another week delay and $50 per bird for the signature from USDA). While talking with our vet she also mentioned that birds originating from two counties of TN are banned from Canada. “Good thing you are not from those counties” she remarked. A quick check on the USDA website confirmed what she had told us. Just to be on the safe side, I made one more call to Canadian customs to confirm what we needed. This is where things started going downhill. The Canadian officer insisted that all birds traveling through Tennessee were banned from entry into Canada. Yikes! A quick phone call is made to the USDA headquarters in Maryland. The USDA office makes a call to Canada to clarify. USDA tells us that the Canadian officer was wrong. They insist only birds from two counties in TN are banned, not the entire state. USDA said they would have a talk with the Canadian official that told us this. The Canadian website also states all birds from TN are banned. After talking again with our vet, we feel that it would be prudent to get the health certificate from a Washington vet and not take any chances with a TN vet certificate. We don’t want to be in the middle of a dispute between Canada and USDA. Luckily, we did our homework back in January and had also visited an exotic bird vet in Seattle. After several phone conversations with the exotic vet, things are in place to get their health certificate there. The sooner we can be there the better. Once we have the certificate it will still have to be sent to the state vet in Olympia, WA for their signature. Our three week leisurely trip across country became a six day marathon. 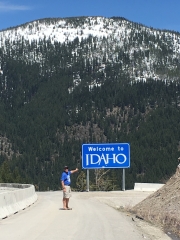 What we do for our animals! 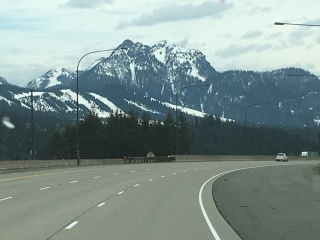 While driving across country we continue to track down our port exemption certificate. One of the inspectors in Blaine finally takes pity on us and helps the process along. Turns out the Atlanta office was short on personnel so they sent our application to Sacramento, CA for processing. It has been sitting on someone’s desk for the past month. Great! With the inspectors help, we had the application processed and sent to us via email that day. That’s our Federal Government for you!
A three hour visit at the Center for Exotic Animals and many $$ later, we have the health certificates in hand. Now they need to go to USDA in Olympia. We call USDA in hopes of driving the 100 miles to get the signatures needed only to learn that appointments are being taken for two weeks out. USDA suggests we mail them overnight and inclose an overnight return envelope. Can we drive them down today and leave them? Nope! Mail only with a check for $100! OK, FedEx it is. What we do for our birds!
We are now in Anacortes, WA waiting on the FedEx package to arrive. Good news is it should arrive today. Once in hand, we will head up to Blaine for a U.S. Fish and Wildlife inspection. We will then cross the boarder into Canada. Hopefully, there will be no issues with the birds and Tennessee. Although their home address is TN, they have been in Florida for the last six months. We have done everything in our power to get Nate and Primo across the border. Our only other option would be to board them for several months, not a good option.
Many stops at the small roadside coffee stands from Seattle to Anacortes keep us fueled. 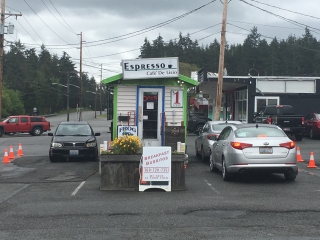 We have enjoyed a few nights of camping in the Washington State Parks. Deception Pass State Park was a favorite. 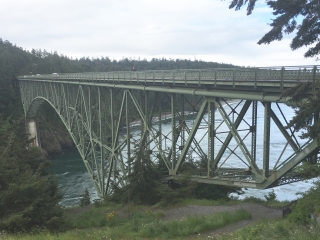 Of course we had to make a hike out to see this infamous stretch of water known for its currents up to 8 knots and ginormous boat eating whirlpools. This is one of many passages that we will learn how to transverse in the coming months. 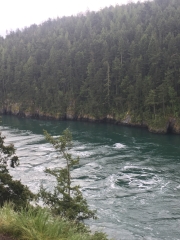 Hopefully our next post will be from Canada with two birds in tow. Keep your fingers crossed that everything goes well at the border. 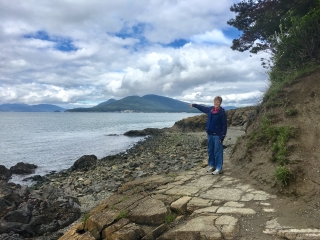 1 thought on “What we do for our birds!”