Life at the Boatyard

Over the past two weeks, there has been a beehive of activity aboard Idyll Time while Philbrooks completed their list of projects. We were at the docks less than an hour when our (new) fresh water pump stopped working. 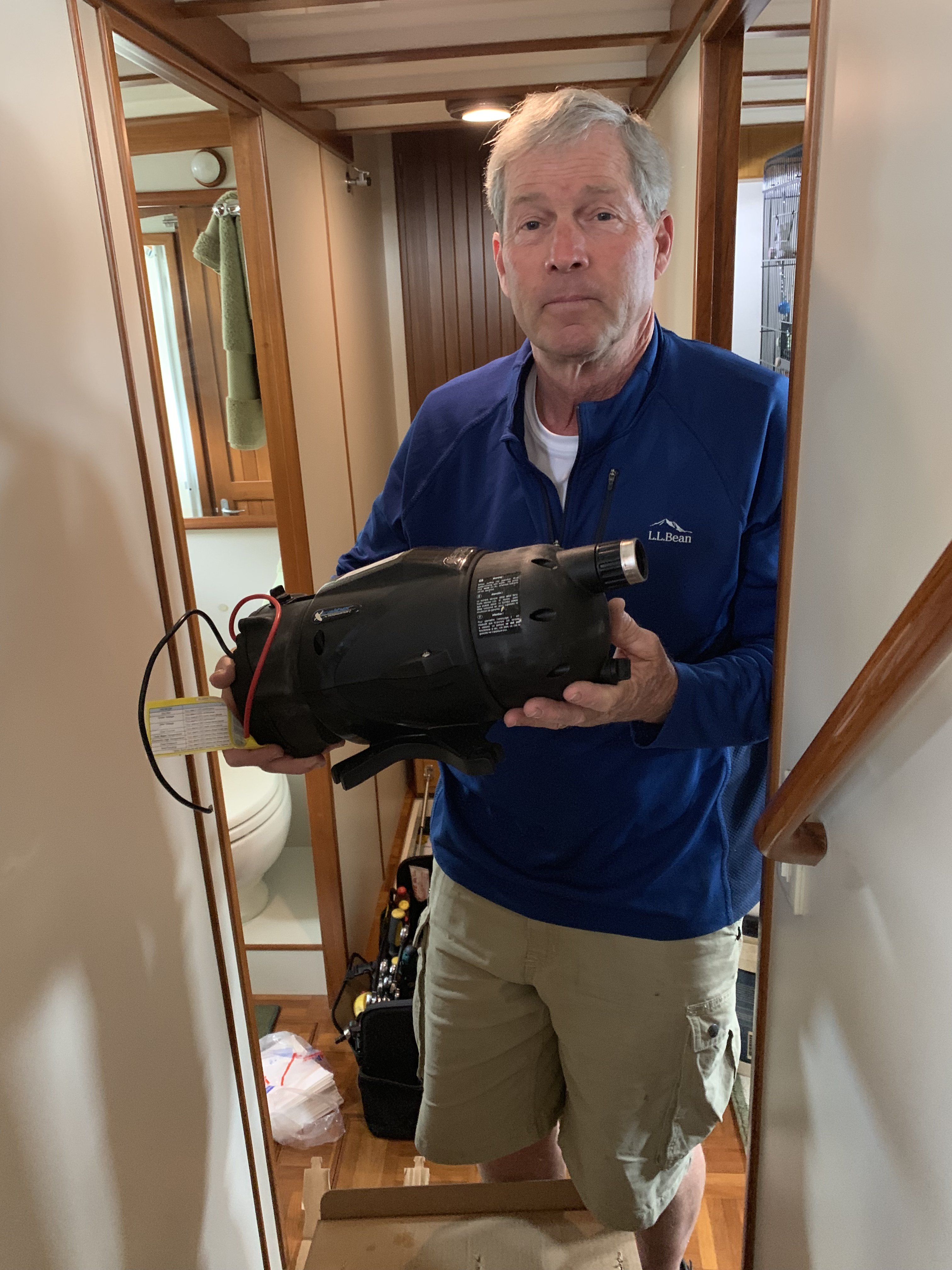 We had just replaced this pump two weeks ago when the original water pump quit working. Soo….a quick call to the manufacturer and we learn that they have had issues with these pumps. We also learn that our new spare water pump is bad and are instructed not to install that one either. Several calls to the supplier in Vancouver and checking of serial numbers reveal all twelve that they have in inventory are also bad. The manufacturer overnights us another pump from Florida and we once again have things up and running with hopefully no more issues. At least it failed while we were here at the dock and not in some remote location.

Our big project this season is installing a isolation/boost transformer. 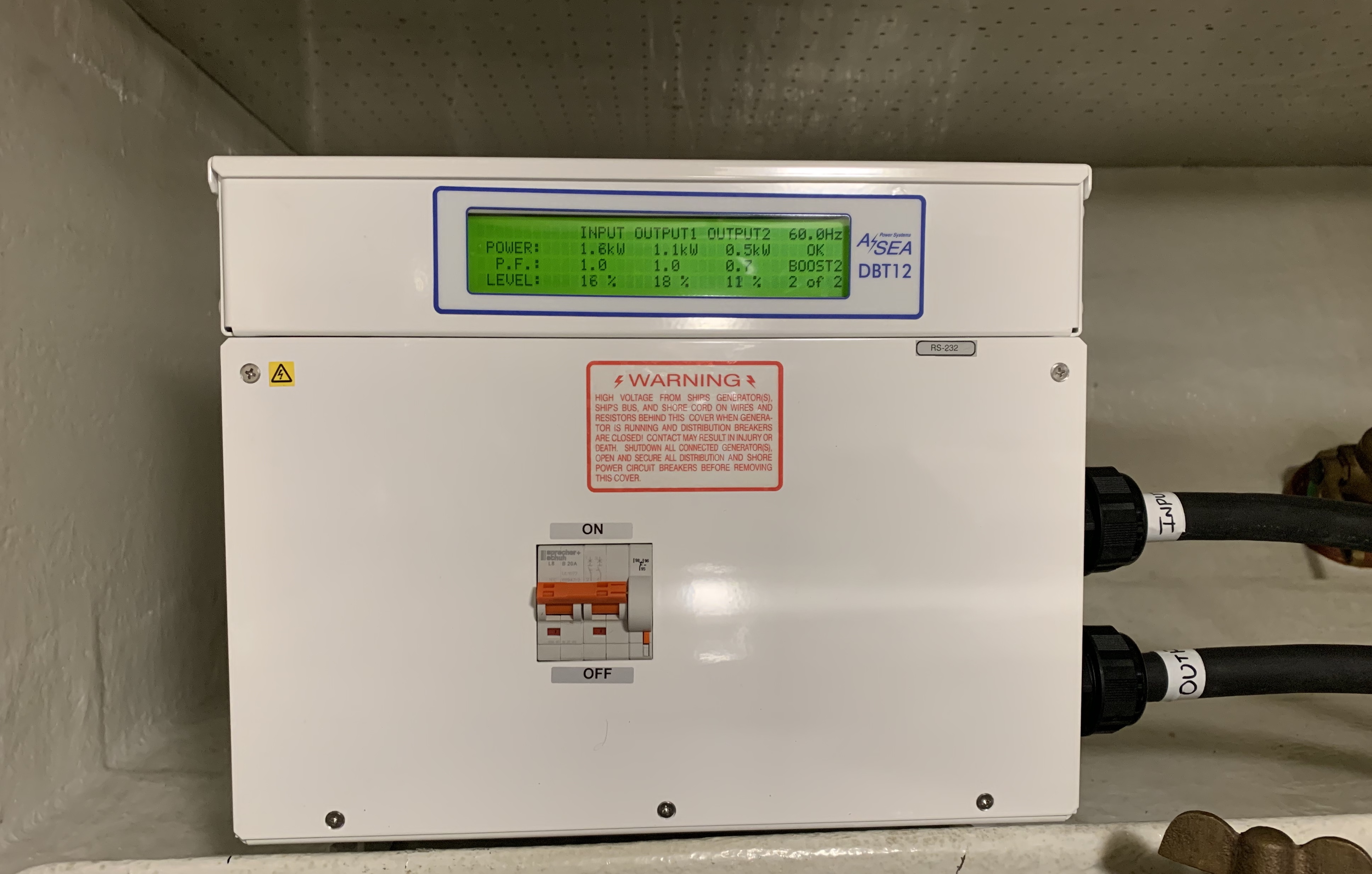 Low dock voltage has been an issue in the PNW for years. Our boat is designed to run on the standard 220 volts. Quite frequently the marinas in Canada and Alaska only supply 208 volts. This lower voltage can burn up motors and electrical equipment if not “boosted” back to 220. A second reason for adding an isolation transformer is to protect the boat from stray current in the water coming other boats. Last year when we hauled out for the winter, all of our thru hulls below the water line showed “bloom” and our diver zinc was completely eaten up. Bloom is a term for paint peeling around metal parts underwater. 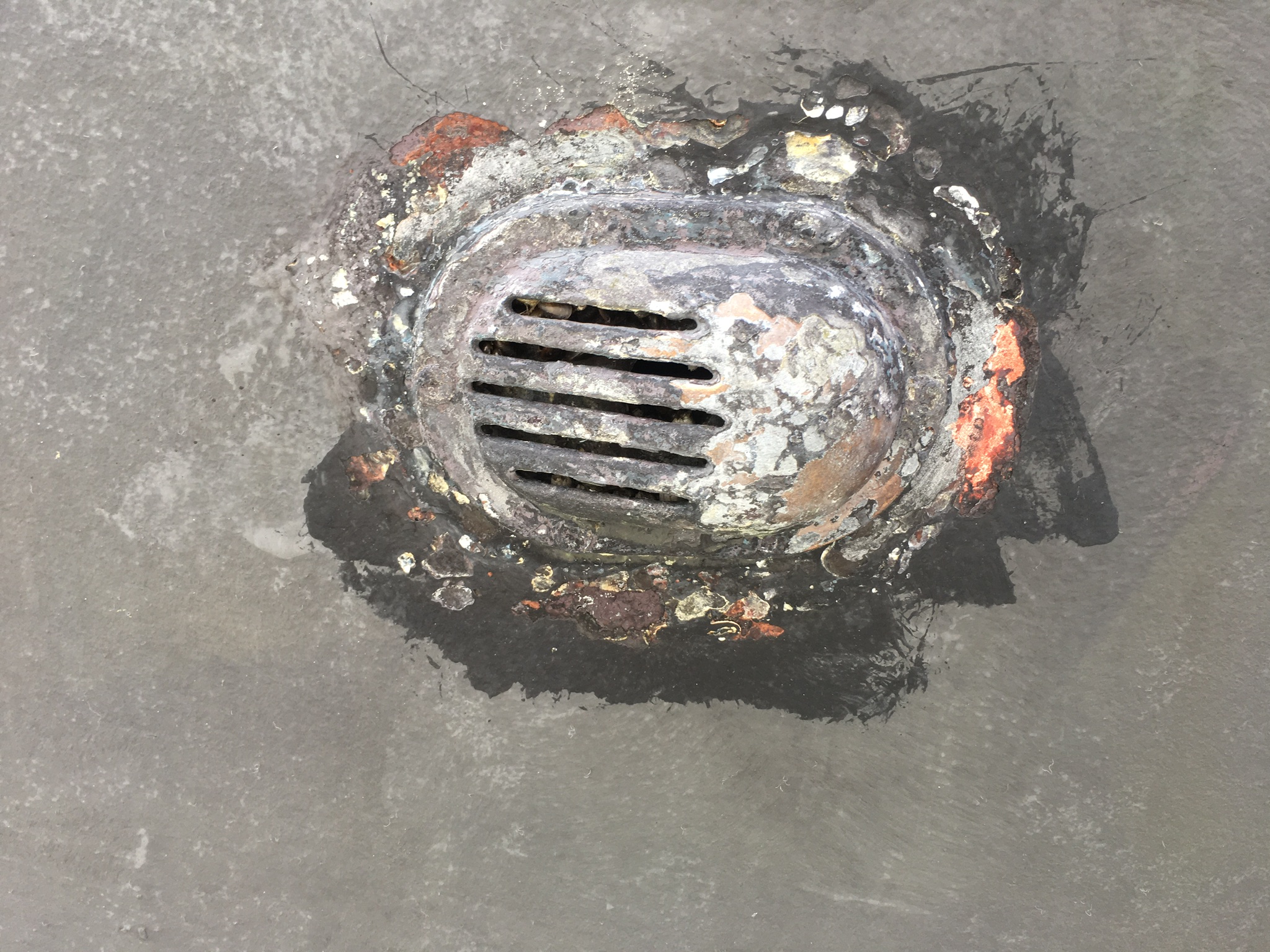 It is caused by stray electrical current either from our boat or that of a bad neighbor. We have tested our bonding system several times and find no issues. We think another boat was borrowing our zincs. If so, this transformer should prevent this in the future. 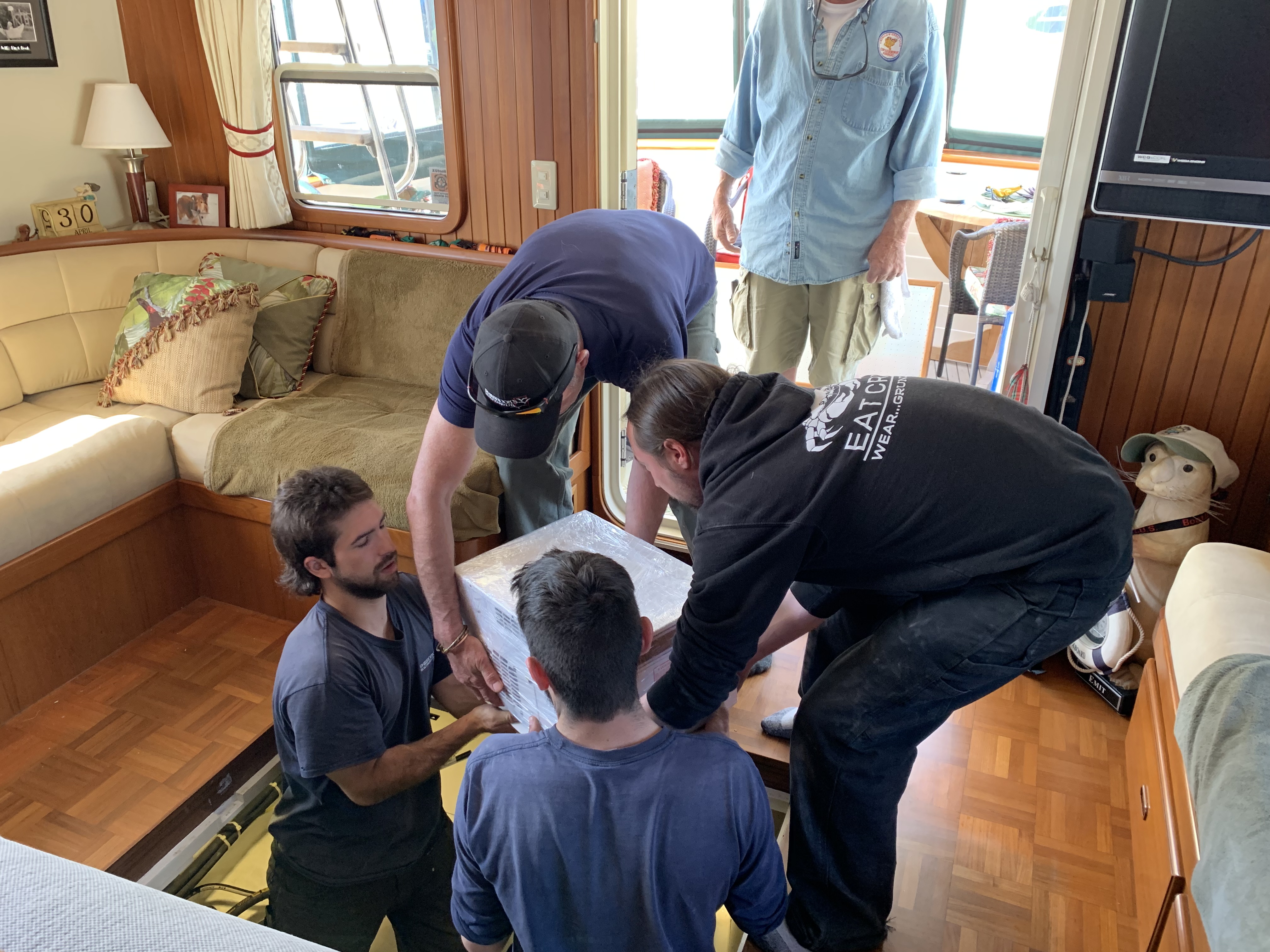 In addition to the transformer, a second inverter is being installed as a backup to our original 13 year old inverter. We have had this second inverter in our spare parts inventory and decided to go ahead and hook it up because we know at some point the original one, being 13 years old, will bite the dust. Philbrooks welded us a nice bracket so we could stack the second inverter right on top of the first. 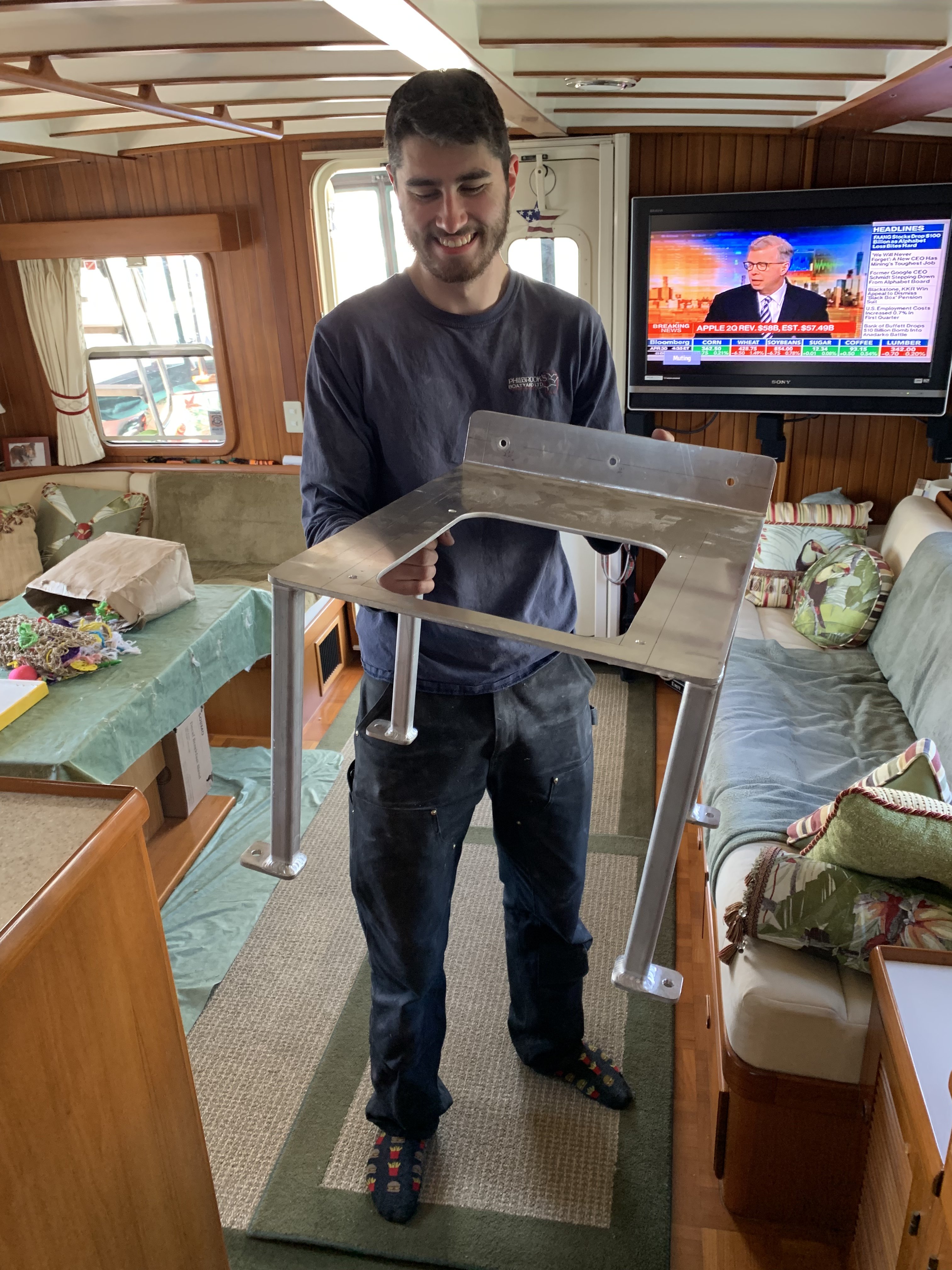 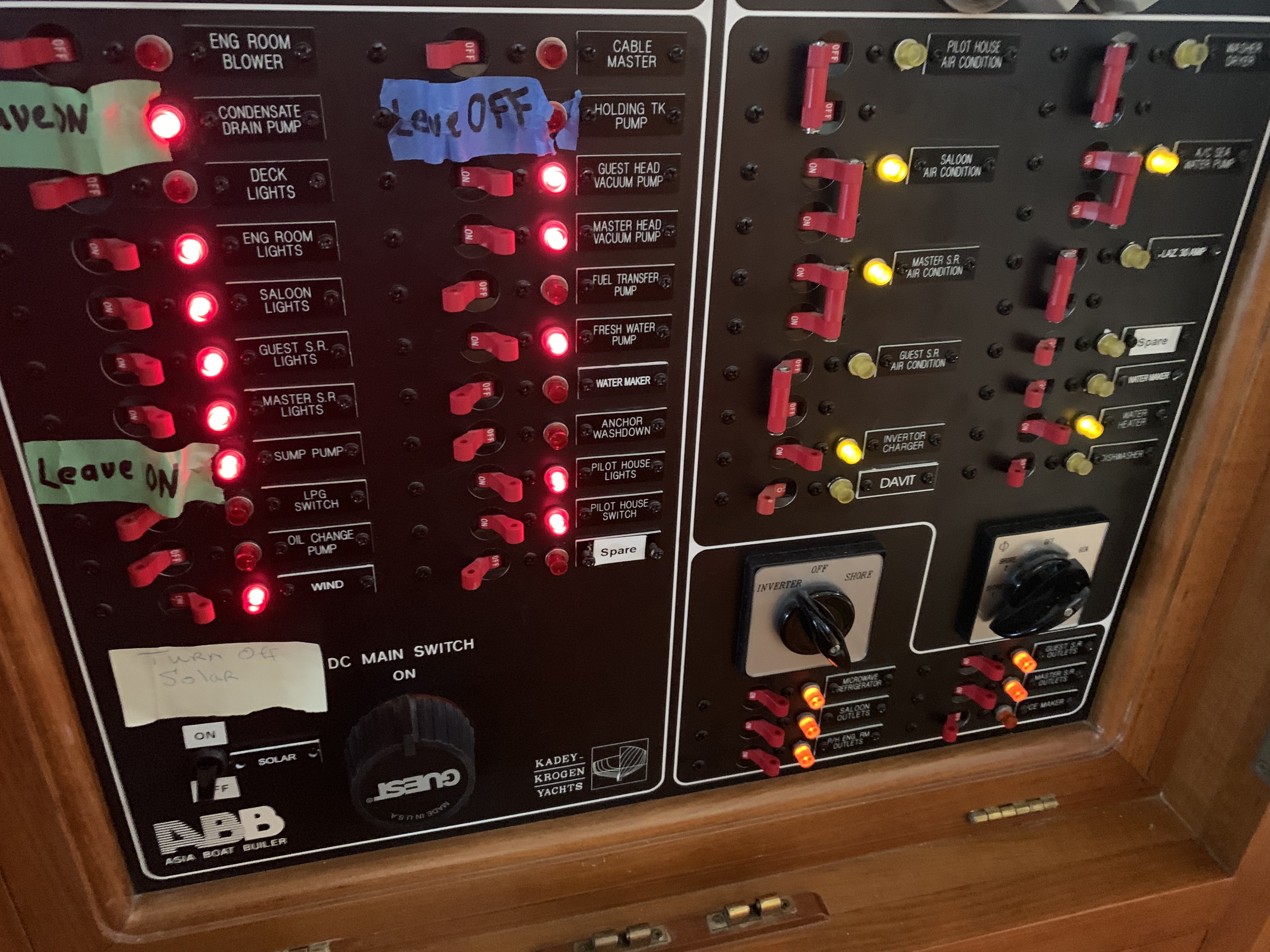 The other electrical addition was new LED lights to our control panel. We also added a Dometic freezer up on the top deck. Hopefully it will be full of fish and crab soon! 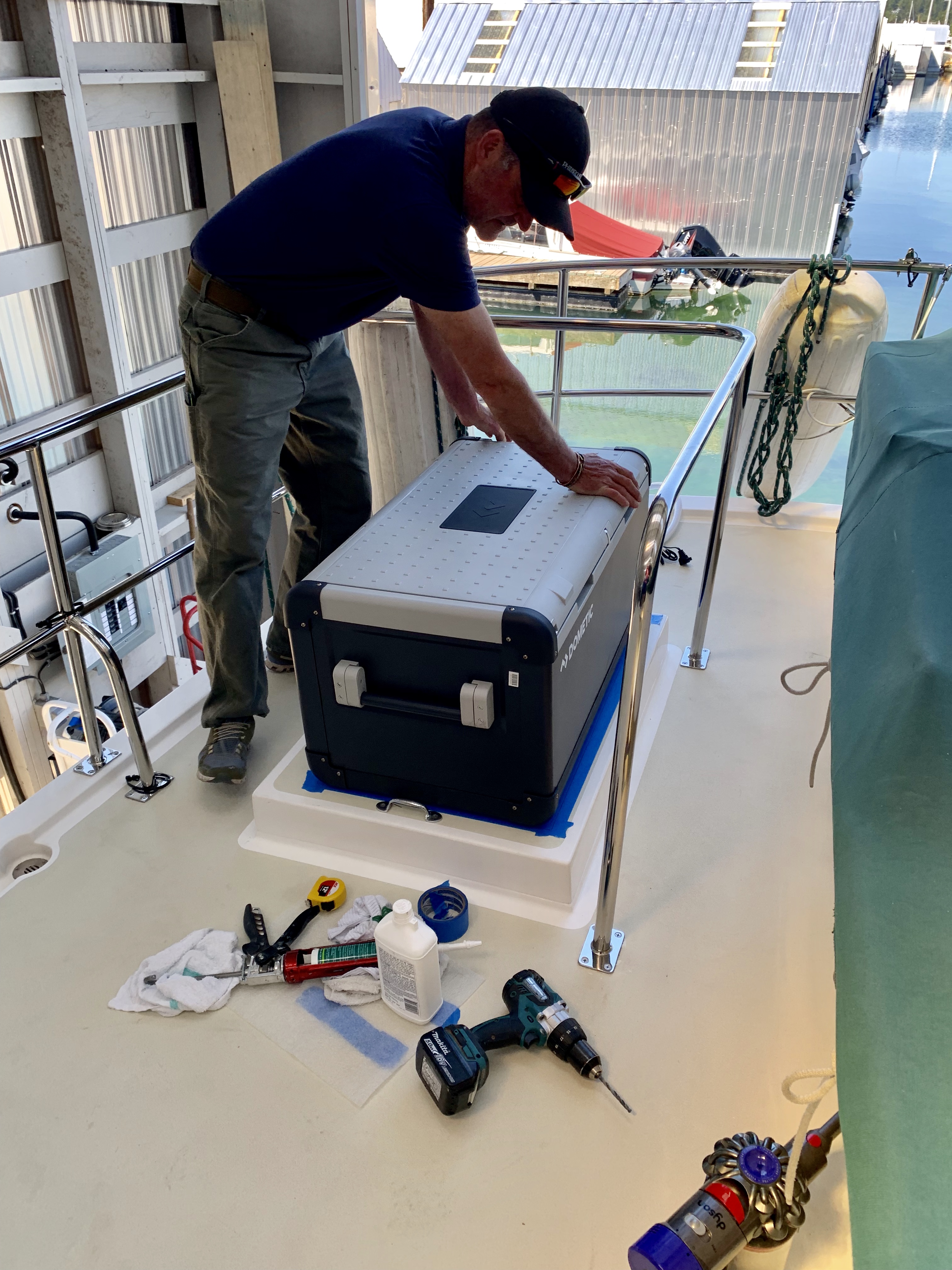 Our trusty generator also received some TLC. Mechanic Ryan and Jeff removed and cleaned the heat exchanger, replaced the seals and some supply hoses, along with changing the coolant.

While the inside was being worked on, Idyll Time was moved into the work shed to receive some pampering with a hull wax and two coats of varnish to the cap rail. 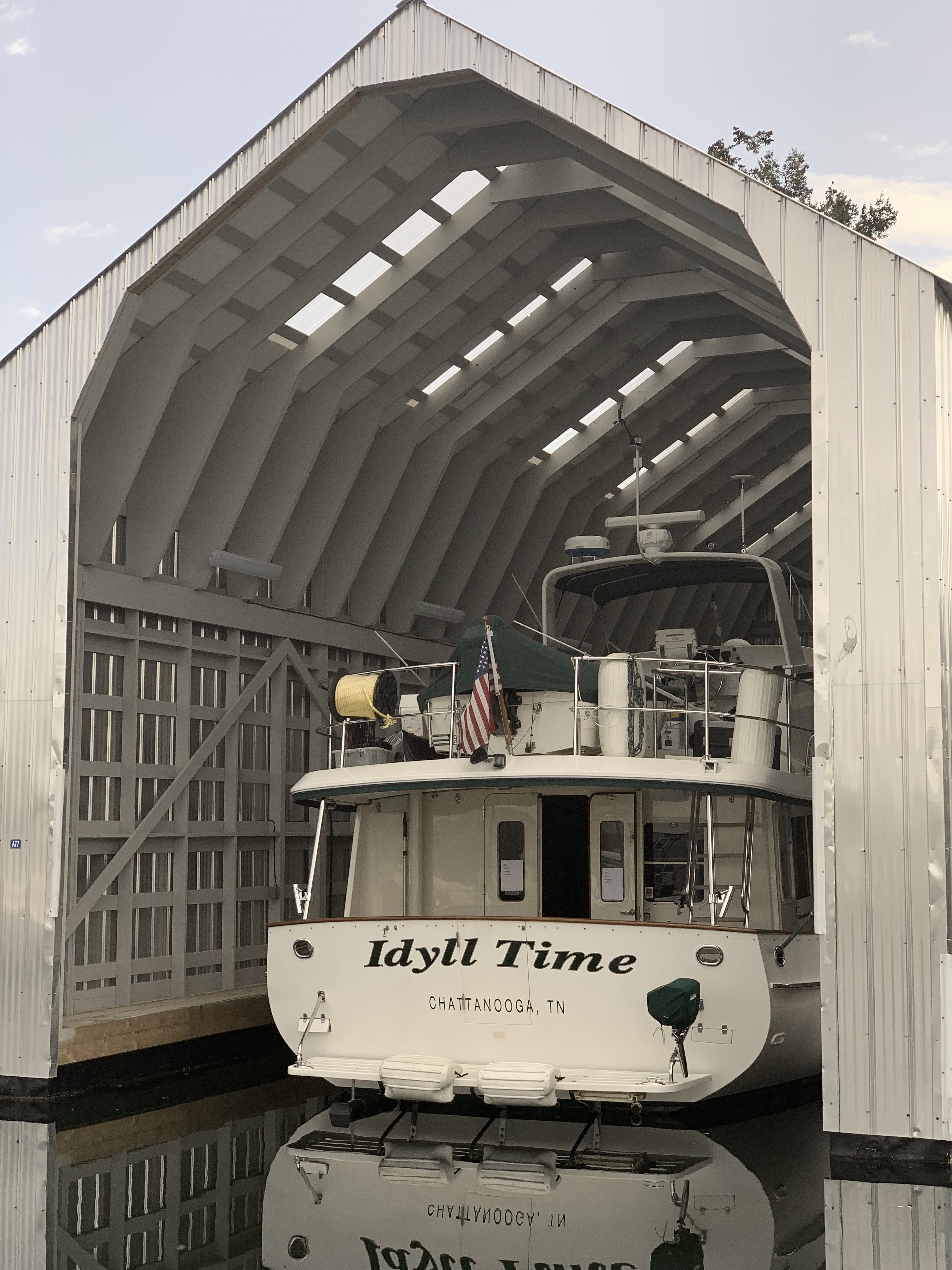 Tristan did a great job on the varnish and our teak cap rails look glossier than a fine piece of furniture. It is a shame this nice piece of wood has to live outside subject to all the elements. 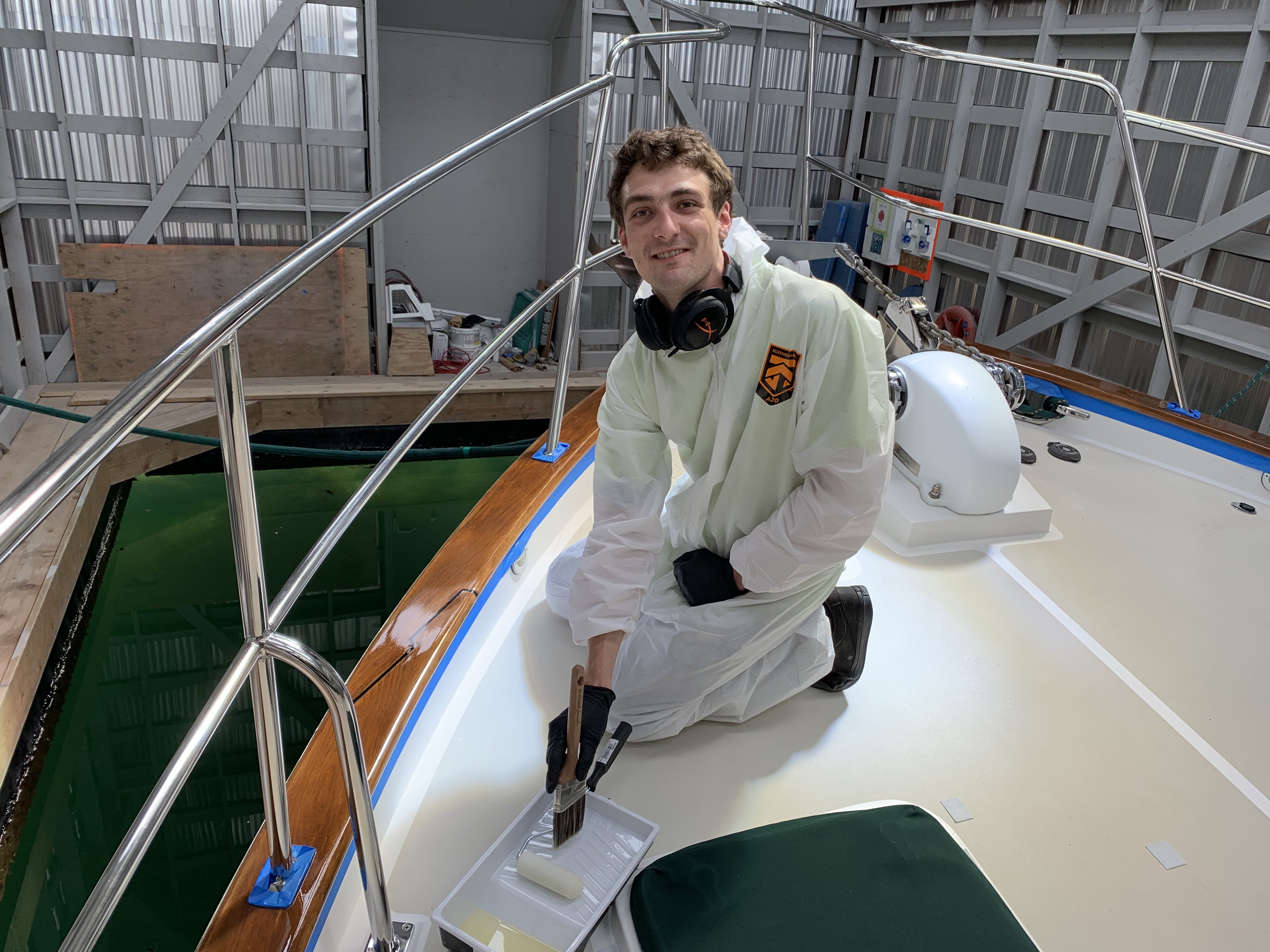 In between projects we managed to get in several good bike rides. Our 40 mile round trip to Victoria and back left our legs exhausted. We are not in good bike shape.

We said a tearful goodby to Nate and Primo as they are off to summer bird camp. 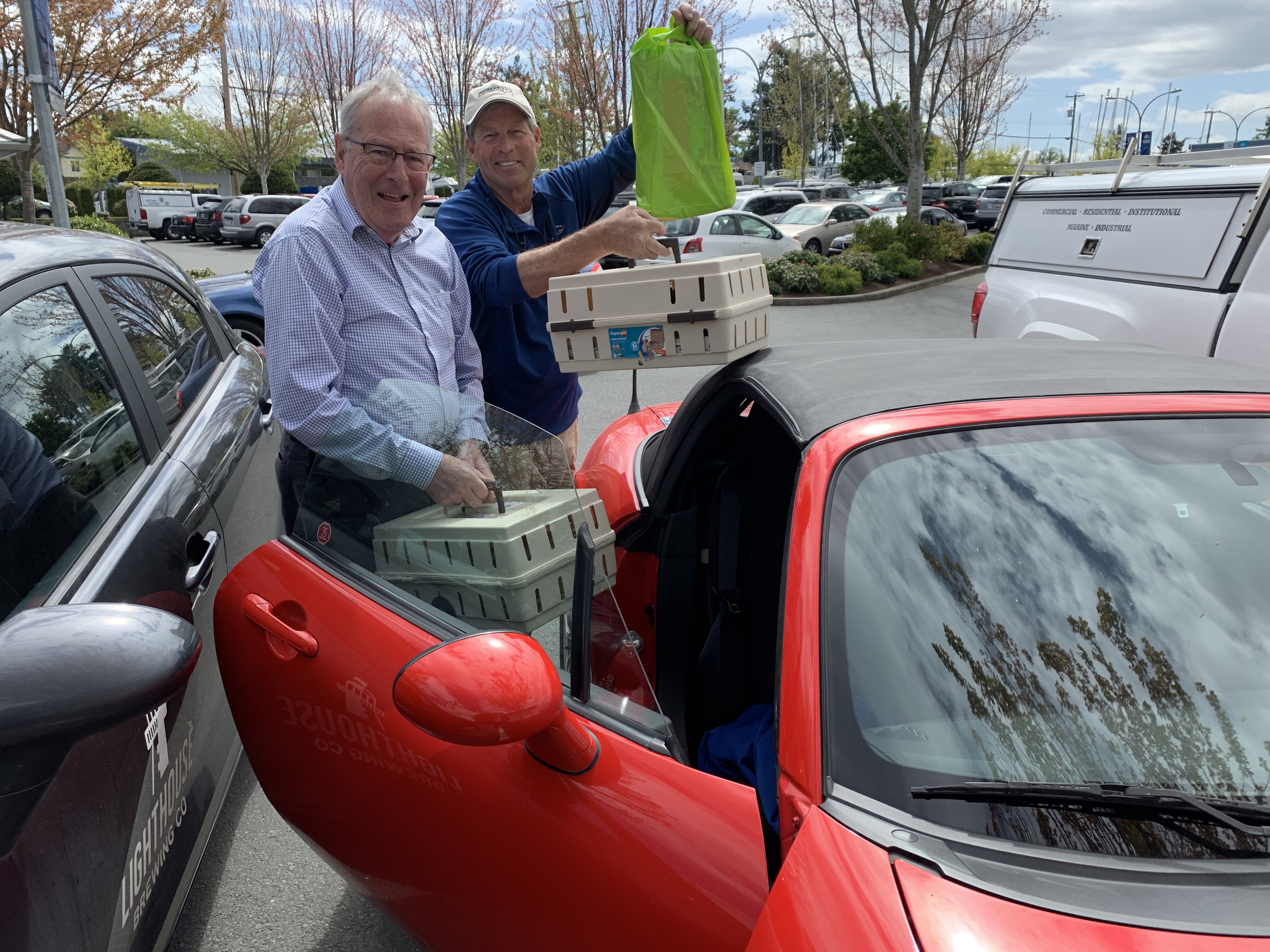 As we have explained in the past, getting them in and out of Alaska is next to impossible. This will be their third summer in Nanaimo at the Two Crazy Birdie Motel with Dianna and Kip. We feel blessed to have found such a wonderful caring couple. Dianna has already sent us a video and the boys seem to have adjusted immediately to camp life. 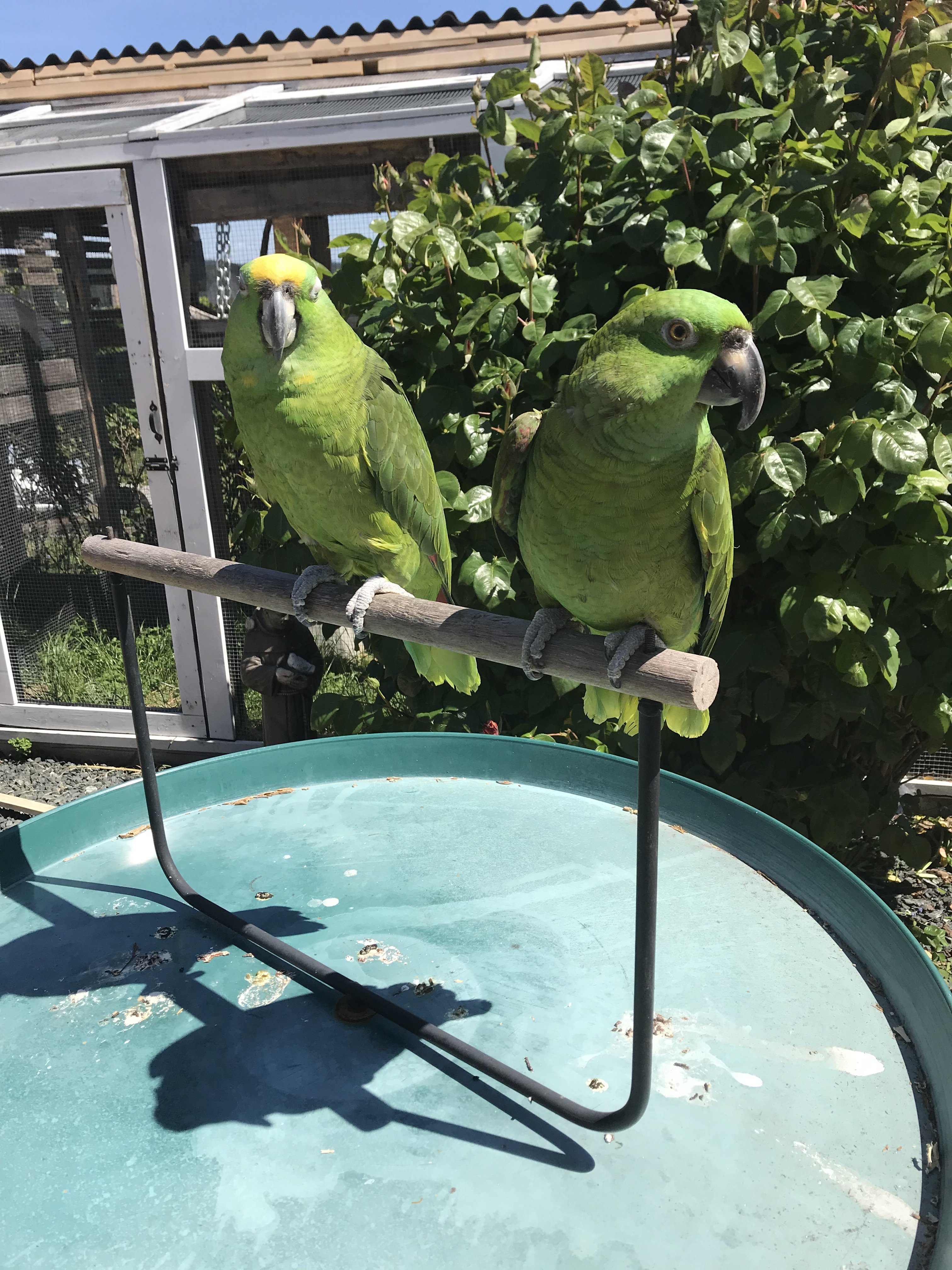 Like all boat yards, Philbrooks is extremely busy this time of year. Our project manager Ian works his hardest to get us out in a timely fashion. The electrical upgrades prove to be problematic and require several days of troubleshooting. Problems are finally solved by the Philbrooks electricians. With engine running and all systems apparently working correctly, we say goodby to Ian and the Philbrooks crew and ease out of the work shed just before low tide. After a few more hours of testing the systems in the nearby waters of Vancouver Island, it is now ptime to point the bow north towards Alaska.